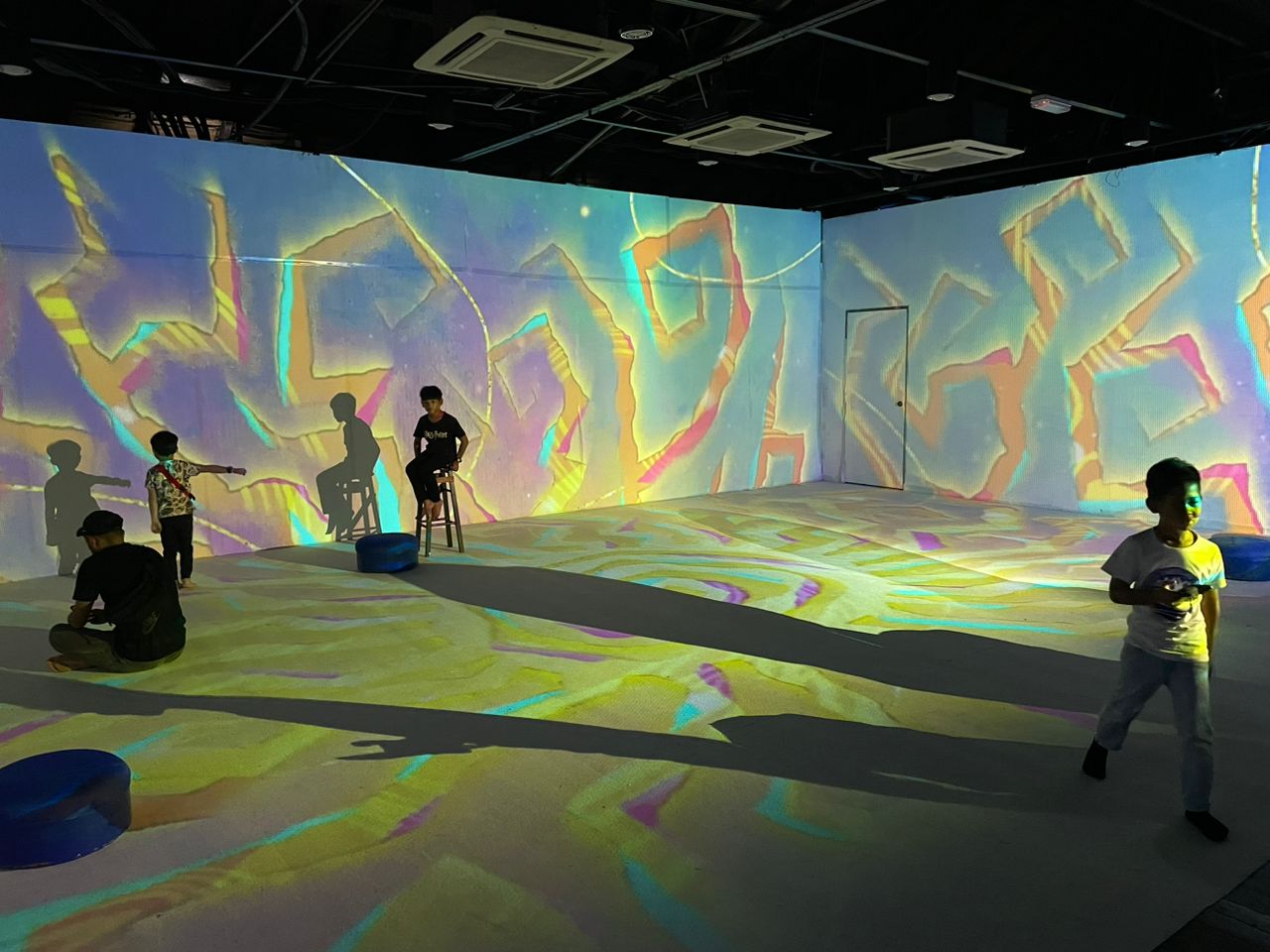 Over the past month, Muzium Telekom played host to Immersio: Mengukir, a multimedia art exhibition featuring 12 pieces of art from 15 local artists, all from a variety of different disciplines. Aimed at preserving Malaysia’s culture and heritage using innovative technologies, the latest iteration of Immersio explored the theme of mengukir, which means to carve in Bahasa Malaysia.

New media and rapidly developing technology have carved new opportunities to create deeper and more accessible relationships between people, heritage, and the planet. Think of the ways you are able to communicate with a friend living in a different country, research your heritage, or learn about things happening all around the world. These advances and changes in how we live today is what Immersio: Mengukir was interested in exploring. The location was also well-chosen, as Muzium Telekom is Malaysia’s foremost catalogue of communication.

Immersio, as you might have guessed from the name, was a deeply interactive exhibition, aimed to immerse viewers in the art – turning them into active participants. The tech used was varied and impressive, from 3D projection mapping, and algorithmic visualisations to open source VFX software, according to the catalogue.

This translated to art that reacted to your presence and input, such as Tending to the Garden of Infinity by Sarawakian new media artist Tristan Lo, a multimedia installation composed of dotted grids that shape themselves in reflection of viewers’ silhouettes. By waving hands at certain positions, a beautiful blue bunga kantan would unfold, for example. However, when the visitor stopped interacting and moved on, the flower would shrink and disappear. The implication was clear, that nothing lasts forever, but every action eventually brings about a new beginning.

Another notable artwork was Panggung Memori by new media artist Haris Abadi, a one-minute loop of six animated and beautiful watercolour scenes, all within the leafy frame of the Pohon Beringin traditionally used to start a Wayang Kulit performance. Each scene incorporated characters and elements from the artist’s childhood, such as The Flintstones, Windows 98, and kampung houses! While these elements seemed discordant at first glance, one came to realise that Panggung Memori was an accurate encapsulation of the memories of an entire generation of Malaysians. Memories absorbed from art and digital culture have seeped into our consciousnesses, melding seamlessly with our more “natural” memories, like observing cows grazing in a field or travelling down a highway at night. Of course, memory is specific to each person, and the artwork invited viewers to reflect on their own memories. The surrealism of Haris’s art may have even provoked one to question whether their own memories were truly from personal experience, or absorbed by some sort of cultural osmosis.

Tatu, by artist and architectural designer Pamela Tan, perhaps the most Malaysian piece of art in the exhibition, bathed the room it was housed in with an array of shadowy patterns and motifs extracted from the various ethnic groups in our country, such as the Malay, Chinese, Indian, and Dayak. The shadows originated from a dome of cut steel patterns surrounding a light source. The dome stood at 1.6 metres, the average height of a Malaysian. Eloquently, the piece represented the rich diversity of Malaysia’s culture and was a potent reminder of our kinship as Malaysians, and the beauty of unity in diversity. The title, along with the Dayak patterns, also paid homage to the often sidelined natives of East Malaysia.

Beacon by light artist Jun Ong, was a stunning mix of man-made modernity and the beauty of natural forms. At its core, was a revolving network of tree branches illuminated by an equally complex network of green lasers. Lasers are instrumental in communication, whether it is NASA using them to transmit information through space, or your computer reading the information on a CD. This artwork drew parallels between the communications people have with each other and the unseen signals that trees use to communicate with each other. Did you know that trees can send distress signals to nearby trees to warn them of threats like disease, drought, and insect infestations? Just because we do not see or hear them does not make them any less real.

It was undoubtedly fascinating to see how technology and ease of communication have influenced art. More and more, throughout the world, art is able to reach increasingly wider audiences due to advancements in technology. This can be seen in how quickly a piece of music becomes a worldwide sensation, or how a movie is able to touch the hearts of so many regardless of nationality and geography. As to what further effects this technology-induced globalisation will have on the psyche of the masses remain to be seen.

While Immersio: Mengukir has ended its run, you can still visit the organiser of the exhibition, Filamen’s Instagram page for further insights.

For more BASKL, check out the stories below: