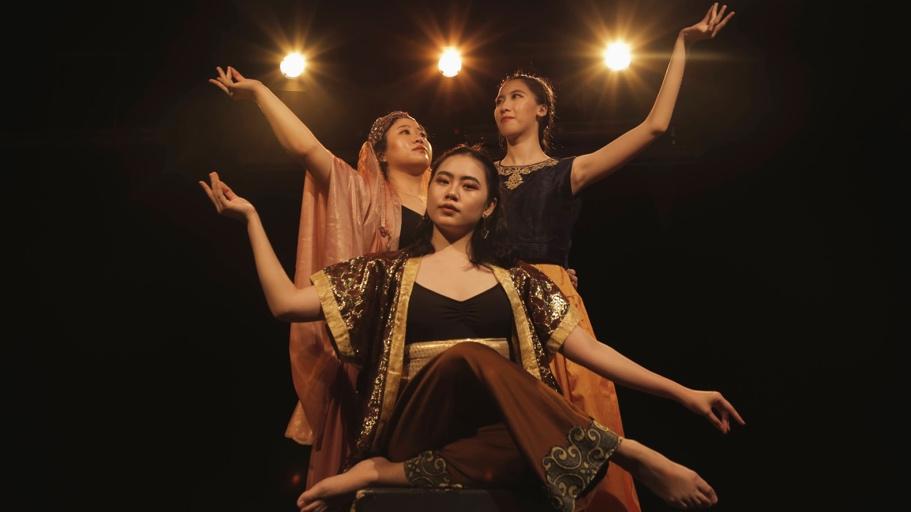 By NANTHINI MOORTHY for LENSA SENI

The production was helmed by Adjunct Professor Joe Hasham, OAM, and directed by Charity Yong, Daniel Hussin and Kristy Chee. The Prophet is a collection of 26 poems published in 1923. “This is an extremely difficult piece to stage, especially considering the language and the raw truths that are Gibran’s trademark. I expect the three young directors to give The Prophet the respect it deserves” said Hasham prior to the performance.

Gibran’s The Prophet was purportedly never advertised but gained its popularity organically. Born in a village called Bsharri in Lebanon, in 1883, Gibran was a brooding, soulful child by his own admission who depended on art and nothing else. It was his mother, Kamileh, who in 1985, rounded up her four children – Bhutros, Kahlil (at that time 12), Marianna and Sultana –– sailing to America for new beginnings in the aftermath of a slowly-crumbling marriage.

”Although Gibran may not need any introduction in the world of literary arts,” Hasham noted that putting up the production “is easier said than done, because The Prophet was never intended to be a stage play. I also hope they will utilise all their collective creative juices to present a stage production worthy of their combined talents.”

Chee – one of three directors – shared how the scenes were divided among themselves. “We each worked on one scene and collaborated on the remaining scenes. It was challenging since there were three of us – each of us thinks differently and have different opinions but we discussed, debated and decided as a team. We also had the support of scenographer Yusman Mokhtar and sound designer Christopher Higgs, both TUTAS lecturers, as well as production and stage manager advisor Bebe Chan.”

Chee, alongside her colleagues, Yong and Daniel, unanimously explained the intricacies and mechanisms that had to be interlaced into the making of The Prophet.

Daniel said: “The play takes place over one day, starting at dawn and gradually ending at dusk. It charts the journey of a man’s turbulent life beginning with Coming of the Ship, before continuing with Love, Marriage and then Joy and Sorrow. It ends with Al-Mustafa’s Departure and Friendship. Interestingly, we have four different actors playing Al-Mustafa and the audience will see him as human rather than an all-knowing being.”

The TUTAS Bachelor of Performing Arts three-year conservatory degree course is an entry by audition only programme. Performed in 2021, The Prophet was staged at Pentas 2, The Kuala Lumpur Performing Arts Centre (klpac) Sentul Park, Jalan Strachan, 51100 Kuala Lumpur. To learn more, log on to Taylor’s University

Click here to read BASKL’s review of the performance.