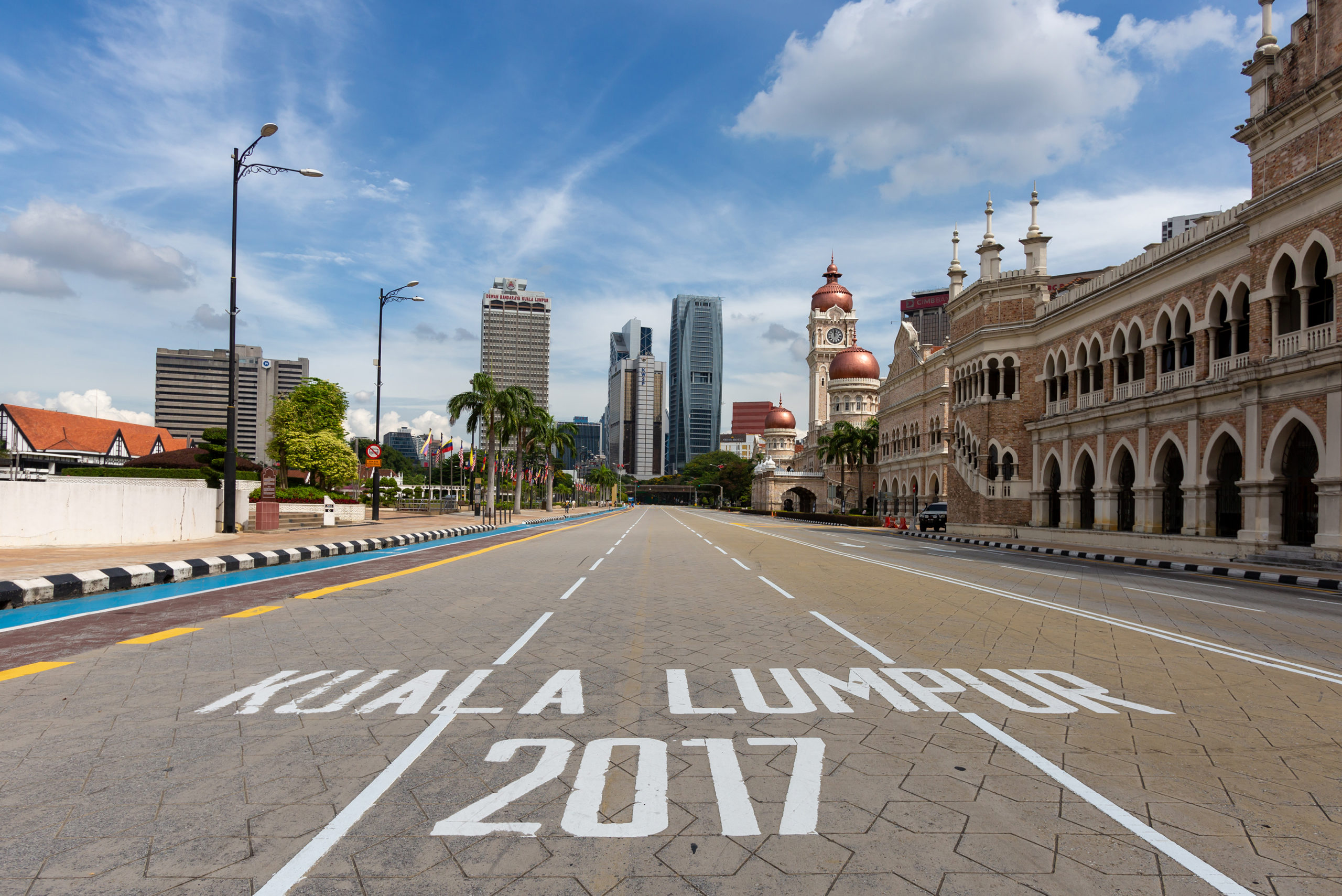 Our writer goes on a walk around KL City and discovers interesting tales and trivia which make him fall in love with the city all over.

Kuala Lumpur may be one of the most vibrant cities in South-East Asia today and is home to a melting pot of different races, religions and cultures. However not many of us know the rich culture and history behind it. How was the city built? Where did it all start? When did the city start thriving? Who were the pioneers who built this city?

During the recent KLWKND event, Free Walk Kuala Lumpur Unscripted were amongst the many collaborators who popped up to give festival goers a taste of the city. The walking tour organisers offered a few free walking routes around this beloved city of ours so people, locals and tourists, were able to explore it right from the streets. And it’s not just during KLWKND, the walking tours are conducted all year round.

KL Unscripted have a few routes on its “menu” and we decided to go for the colonial walk, getting a taste of Kuala Lumpur’s colonial past from as far back as the 1800s. Our walk started at historic Panggung Bandaraya and was led by the amazing tour guide Sharifah Zaleha Syed Idroes, more affectionately known as Sherrie, who enjoys being a tour guide because of passion and love for the country.

Panggung Bandaraya started its construction back in 1896 and was completed in 1904. Constructed by British colonial architect Arthur Benison Hubback, it was home to the old Kuala Lumpur city hall. Its design and architecture were inspired by Indian-Islamic architecture, as Britian had also colonised India back then. Our guide shared a story of how the bricks to build these old colonial buildings came from downstream the Klang river, from the area now known as Brickfields. It was built to host plays and performing arts for the people living in the city. In 1992, Panggung Bandaraya caught fire but it was restored according to its original design to maintain the colonial look and feel. However, the Dewan Bandaraya Kuala Lumpur (DBKL) took the opportunity to upgrade some of the interior design and systems.

Next stop was the Sultan Abdul Samad building. British architect Arthur Charles Alfred Norman was the man behind the design, and the first brick was being laid by the Straits Settlement Governor at that time, Charles BH Mitchell, on Oct 6 1894.

During this period, the British built a brick factory in Brickfields and that was how Brickfields got its name. The construction of the Sultan Abdul Samad building used more than 4mil bricks, 2,500 barrels of cement, 18,000 bags of limestone, 5,000lbs of copper, 50tonnes of steel and 30,000feet of solid wood. Some of the high-quality red bricks were brought in from India. A small jetty was also built nearby the current Masjid Jamek to receive these items from the river. The central clock tower, inspired by London’s Big Ben, was used as the main standard time throughout Malaysia.

Moving on, our next stop was St Mary’s Cathedral. The church was first built of timber and wood on Bluff Hill (now Bukit Aman). In 1893, the Government decided to move the church next to the Padang or today known as Dataran Merdeka. This was to make it easier for the then Government officials to come as it was nearer to their office across the field at the Sultan Abdul Samad building. The church has an old pipe organ that was built by Henry Willis in 1898 … interestingly, Willis was also the man responsible for building the organ at St Paul’s Cathedral in London and the original Grand Organ at the Royal Albert Hall! The cathedral still has services until today, in various languages such as English, Malay, Iban, Mandarin and Nepalese.

The famous Royal Selangor Club (RSC) came next. Built in 1884 as the Selangor Club, it was a place to relax after a long day’s work for the high-ranking British officials living in Kuala Lumpur at that time. The club had a nickname, “The Spotted Dog”. It was believed that it got its name from the two Dalmatians that belonged to the wife HC Syers who was one of the founders of the club and she would usually leave her dogs at the entrance of the building, before entering. The club organised sports such as cricket and rugby and they would play on the field in front of the club (now known as Dataran Merdeka). Our guide, Sherrie, sneered as she shared with us that the RSC’s Long Bar is off limits to women and children.

As we were walking back towards Jalan Raja, Sherrie shared that the road along Dataran Merdeka used to be called Jalan Gombak, something even I didn’t know having lived in Petaling Jaya all my life. What surprised me even more was that Dataran Merdeka used to be a vegetable farm! Sherrie told us that Yap Ah Loy, one of the key founders of Kuala Lumpur, used to grow potatoes on these grounds for the British. The grass field was known as “The Padang” before becoming Dataran Merdeka. It was also once leased to the Selangor Club for the purpose of sports activities including cricket and rugby. When the government office moved from Klang to Kuala Lumpur, the British Resident at that time Frank Swettenham bought the land from Yap Ah Loy for $50 per acre. The land was used as police training grounds and the new colonial offices. Today, Dataran Merdeka has a 95m tall flag pole proudly hoisting our national flag. It is also one of the tallest flag poles in the world.

When we travel along trunk roads back to our hometowns, we usually notice a stone sculpture along the roadside that indicates the distance from a said destination in kilometres or miles. Well, did you know that the “0” milestone of Kuala Lumpur sits at the southeast corner of Dataran Merdeka? Apparently, it is the norm for the 0-milestone to be placed in front of a central post office, and right next to Sultan Abdul Samad building stands the old post office of Kuala Lumpur (before it moved to the current Pos Malaysia headquarters next to Kompleks Dayabumi).

The old Railway Station of Kuala Lumpur was a sight to savour. This building was also among the creations of British architect Hubback. Built in 1905, it was the headquarters for the Federated Malay States Railways (FMSR), today known as Keretapi Tanah Melayu (KTM). When it was first constructed, the building was built of wood with palm leaves as a roof. Nicknamed as “Resident Station” because of its vicinity to the British Official Residence, it was the first railway station in Kuala Lumpur. The main purpose of the railway station was to transport tin into the city from other states which were rich with tin, such as Perak.

Last on the list was the Loke Yew building and we had coffee by the river. This was when Sherrie told us about Wong Loke Yew, while sipping coffee at Makan Buzz, a rest stop built during the River of Life project, a project that aimed to rejuvenate the areas around the Klang River in Kuala Lumpur. Loke Yew was a very prominent figure in the development of Kuala Lumpur in the early 1900s. He was also one of the founding fathers of the Victoria Institution. He came to Malaya at the young age of 13 with a vision to seek a better life. Through ups and downs, he then succeeded and ventured into multiples businesses such as tin mining, rubber plantations and coconut plantations.

From a humble muddy beginning at the confluence of the Klang and Gombak rivers, Kuala Lumpur has blossomed into the vibrant city that it is today. Perhaps as someone who lives in the city, you are more familiar with its traffic jams, flash floods and over-crowded trains and buses. However, as the Malay saying goes “Tak kenal maka tak cinta” which sort of translates to how could you fall in love with something you don’t know?

This walking tour definitely made me fall a lot more in love with Kuala Lumpur. Perhaps our city has a few imperfections, but it is these flaws, enveloped in a rich tapestry of cultures and history, that make our city so captivating. The cracked colonial walls, the variety of languages you hear on the street, the display of art, culture, architecture you see all around you, the stories of the early days and the myriad people who built the city, all of these combine to charm you.

KL Free Walk Unscripted conducts regular walking tours. You contact them directly on WhatsApp at 019-699 2668 (Sean Ray). Put on those walking shoes and fall in love with Kuala Lumpur once again.