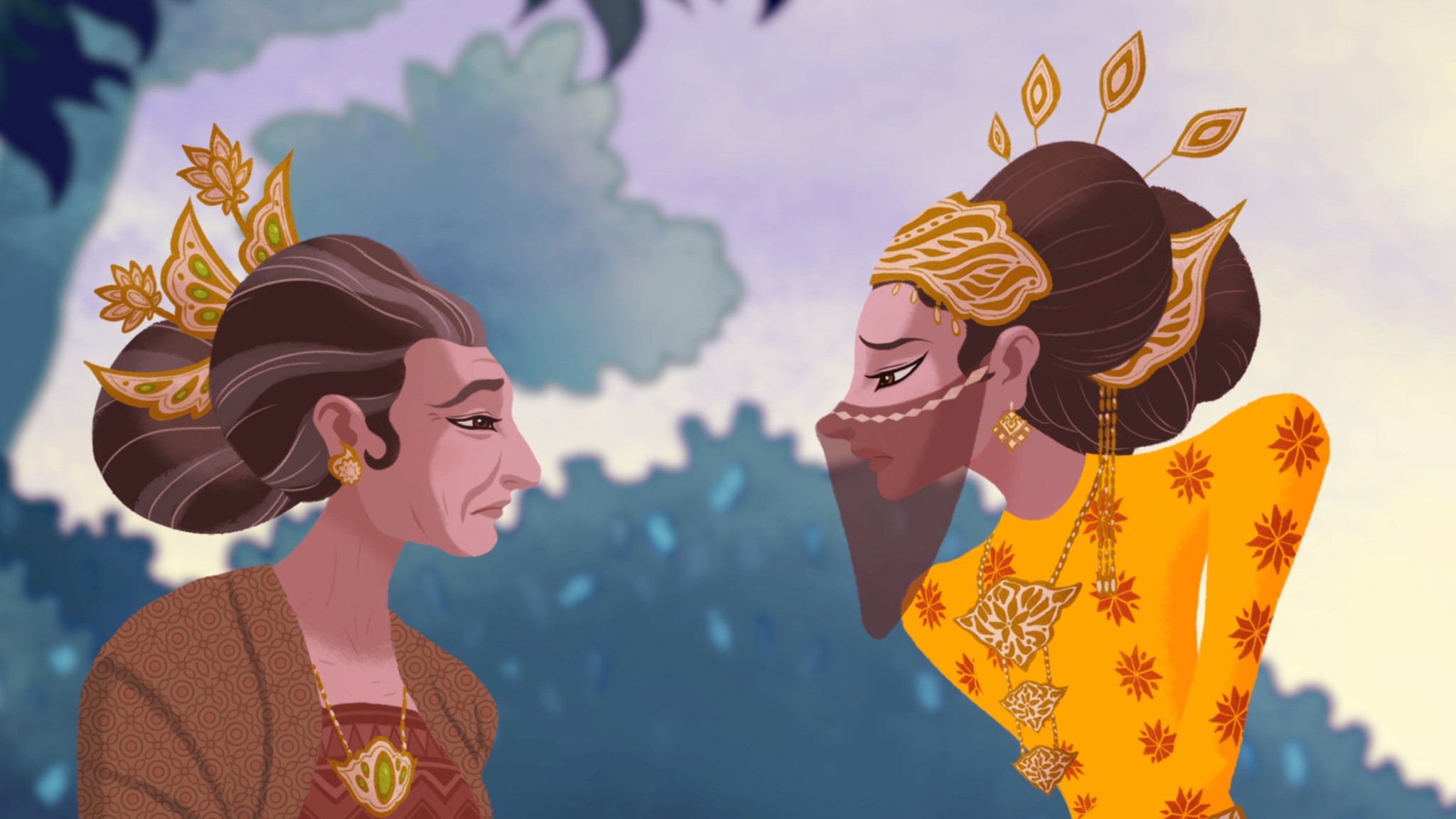 The story of the legendary warrior princess of Inderapura comes to life in an upcoming independent animated short film filled with breathtaking visuals.

Following in the footsteps of Disney’s Mulan and Raya and the Last Dragon, there’s a new warrior princess about to make her animation debut – this time taking inspiration from Malaysian legends. An independent animated project titled Walinong Sari is currently in production, based on the titular character from Pahang Malay folklore.

You may have heard of this animated project from its Facebook page, which started in March 2021. While the pandemic and MCO had caused most of the film to be produced from home, there was still a call for participants interested to join the production crew, especially illustrators and animators.

The short film will tell the story of Princess Walinong Sari, who is the heir to the ancient kingdom of Inderapura (the name for Pahang during the era of the Sultanate of Melaka). In the original folktale, she is described as having exceptional beauty, matched only by her skills in the art of combat, especially her mastery of silat. Since no one had beaten her in battle, Walinong Sari vowed to remain single, which prompted her father to arrange for a suitor against her will. This eventually led to an encounter with the celestial king Raja Mambang Segara, and Walinong Sari embarking on a journey of self-discovery and courage while finding the meaning of true love.

The tale has been adapted into a folk song also called Walinong Sari, with one of its renditions famously covered by Siti Nurhaliza in 1999.

While there is no word yet on this film’s official release date, the project’s Facebook page is filled with updates on its progress as well as previews, giving viewers tantalising hints of what to expect.

The film’s visuals will take on a 2D animation style that combines the traditional influences of wayang kulit and early Nanyang painters in Malaysia. The characters in particular have a strong resemblance to wayang kulit puppets, complete with regal headgear and costumes, right down to the intricate details of their hands.

Although Walinong Sari has fantastical elements, the historical culture of ancient Malaya can also be spotted in the many visual aspects of this film, such as the costumes and settings. Much of this can be attributed to the production team’s main heritage consultant and folklorist Ninot Aziz, who has provided extensive research into creating the film’s depiction of Inderapura. From the luscious rainforests to the evergreen Gunung Tahan where Mambang Segara makes his home, the background environments and bright colour palettes are visually pleasing to behold. This writer’s personal favourites include the detail in some of the film’s animals such as the kancil and birds, which reference their real-life counterparts.

The film’s cast was announced in June 2021, with a screenshot of the cast members during a Zoom table read. Since voiceover work is often recorded in isolation, having a table read where the script was acted out for the first time allowed the cast to get a sense of the project as a whole, while bouncing off each other’s energy. At the same time, the animators were able to observe expressions and mouth movements to match the dialogue with the animation.

The cast list promises an impressive line-up of Malaysian actors lending their vocal talents to the characters. The main role of Princess Walinong Sari will be voiced by actress/singer Nadia Aqilah, while Bront Palarae (who starred in the 2016 film Ola Bola) voices the princess’ father Bendahara Paduka Raja. Rounding up the cast are Ghafir Akbar as Mambang Segara, Junji Delfino as Mak Inang, and Tony Eusoff as Raja Laksamana Petir. There is also the role of the
narrator or penglipur lara played by screen veteran Fatimah Abu Bakar.

As of this writing, another teaser was just presented through a preview of the film’s original theme song Cahaya, performed by singer-songwriter Mayabayu. The Sabahan artist, who rose to fame as one of the inaugural Levi’s Music Project finalists in 2021, is known for her unique musical style that combines East Malaysian tribal sounds with contemporary pop. Listening to the YouTube preview of Cahaya, one can hear the makings of a power anthem, accompanied by an upbeat soundtrack and inspirational lyrics speaking of overcoming the odds while finding
the strength to achieve one’s dreams.

If Walinong Sari is indeed true to its original source, it is a story that sparks inspiration, not only through its themes of agency and female empowerment, but also in retelling our traditional stories for a contemporary audience.