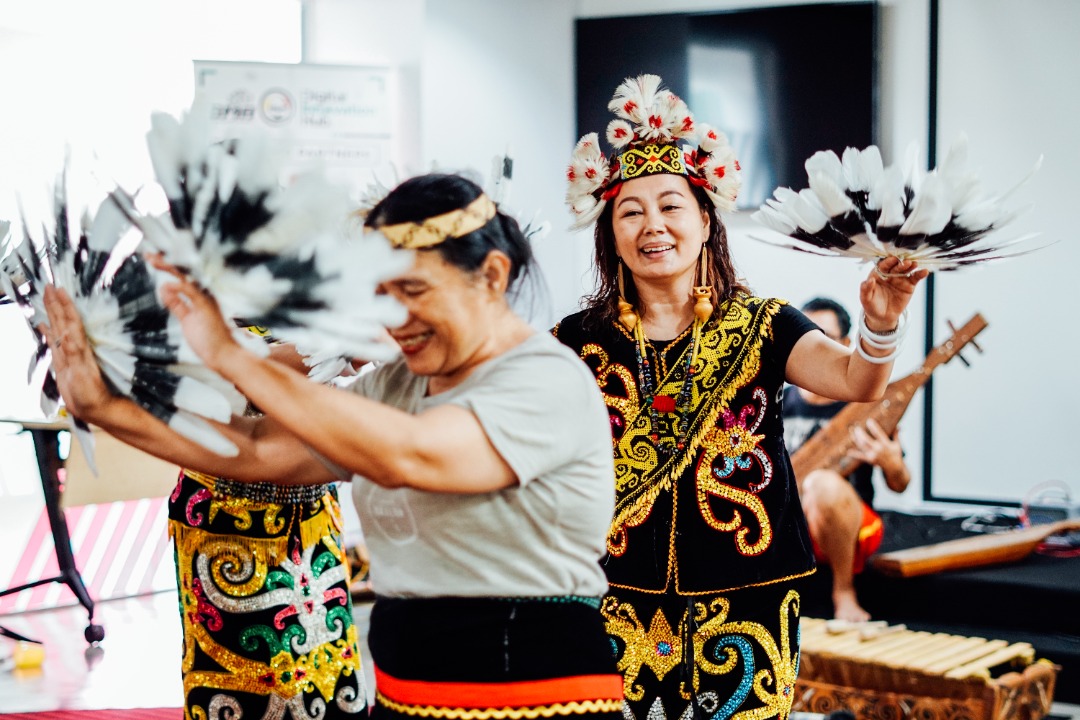 The fruit of artistic and cultural need, Tuyang is an initiative born out of a community’s yearning to be seen.

In 2017, father-daughter duo Juvita Tatan Wan and John Wan Usang founded Tuyang, an arts management company that aims to ensure the continuation of Borneo’s Indigenous culture. Their artists are the essence of this collective; by providing their artistic services, Tuyang is able to generate a means of livelihood for them, celebrating the traditions that have been at the root of Malaysia’s Indigenous People.

Tuyang offers a wide variety of services, from cultural workshops, bespoke craftwork, to exhibitions and performances. As proud innovators and pioneers, representation and partnerships are a key element to ensure their sustainability. One of Juvita’s long-term visions for the company is to foster relationships amongst other corporations by providing consultation for projects revolving Indigenous themes and issues.

Prior to spearheading Tuyang, Juvita had worked in corporate Kuala Lumpur for about 15 years, yet she never forgot her heritage.

“My father grew up in the longhouse in Long San, Baram – we are Kenyah. My grandfather was a huge advocate of quality education, and wanted my father to pursue it so he could go out and find ‘success’. Thus began the going-away of our elders, or my father’s generation at least.”

The practice of leaving your hometown to find success in bigger cities became a principle amongst the later generations, which meant that people like Juvita and her father became more and more distant from their community, and this was not ideal because, in Juvita’s words “We do everything together. Our culture is heavily rooted in community.”

Juvita chose a very interesting phrase in reference to the artists within Tuyang. She dubs them “Cultural Guardians”.

“That was the closest thing that I felt represented our elders and practitioners from our different Indigenous communities. When you think about it, they are the ones who hold the key to who we are as a community. They ensure that our traditions get passed down”.

Malaysian souvenir shops notoriously sell sun hats and woven baskets under the guise that these are decor items. For the Indigenous communities, however, these things are a functional part of life. Everything from the songs they sing to the handcrafted instruments they play, what may seem artistic to us is something the community utilises for both practical and customary purposes.

Respecting one’s culture is very different from cherry picking certain facets of it and deeming them as “exotic”. This is where Tuyang comes in.

As a collective, Tuyang aims to make Indigenous cultures more accessible, whilst generating a meaningful livelihood for its artists. These artists provide cultural and creative industries with the skillsets they don’t even know they need.

“We have worked together with different industry experts and partners. We have produced musical theatre and even collaborated on contemporary musical presentations. We have curated exhibitions for different clients and have even published our own children’s story book based on our folklore”.

There have been way too many barriers that have been built up, ultimately causing these cultures to be hidden away. One of the reasons this happens is due to how tourism markets the East. Intentionally or not, the tourism industry has portrayed East Malaysia in an unflattering, almost exploitative way. “It’s the whole, when you want to showcase Sarawak you have to showcase people wearing the cawat on a boat, going down the river”. These stereotypes and misconceptions are amongst the many things Tuyang hopes to change with their work.

“We’re the same as everyone else. We want the same things. We want to be able to live our lives with dignity. We want to champion our own stories.”

In 2019, Tuyang staged a production of Kelunan, a performance comprising many disciplines from the Kenyah and Kayan communities. Presented as part of the Damansara Performing Art Centre’s music showcase titled Spectrum, Kelunan was intended to then be taken on the road. Firstly for the 2020 Rainforest Fringe Festival in Kuching, Sarawak, then, to Singapore, and after that, Japan. However, the COVID-19 pandemic put a halt to these plans, which prompted Tuyang to produce a colouring book about Sarawakian folk tales called Dayak Lore: Part 1.

With a wide roster of artists and practitioners, Tuyang is not slowing down any time soon. “We started with a handful of individuals from the Kenyah community, and later on, the Kayan community, and now we are starting to work with the Iban people,” said Juvita. She aims to expand Tuyang’s collective in the hopes of working with artists from all Indigenous communities across Sarawak, Sabah, and even Brunei and Kalimantan.

Since their humble beginnings, the artists of Tuyang have now reached out to work with people from all platforms, local and international.

Tuyang has several upcoming projects in the works. Up next is a feature in one of CENDANAS’s Panggung Rakyat episodes. This episode showcases the Iban and Kenyah community’s traditions. It is also working on a poetry book together with CENDANA Adiguru grant recipient Saloman Gau, as well as a new album for Mathew Ngau Jau.

Juvita founded Tuyang in the hopes of reclaiming her people’s time, and unapologetically celebrates them for the complex, multi-dimensional, unique communities that they are.

Catch Panggung Rakyat’s 3rd Episode, Sound of Borneo (Sarawak Edition) and find out more about the Kenyah and Iban’s cultures, on Sept 25 (Saturday) at 8.30pm on CENDANA MALAYSIA’s Facebook.