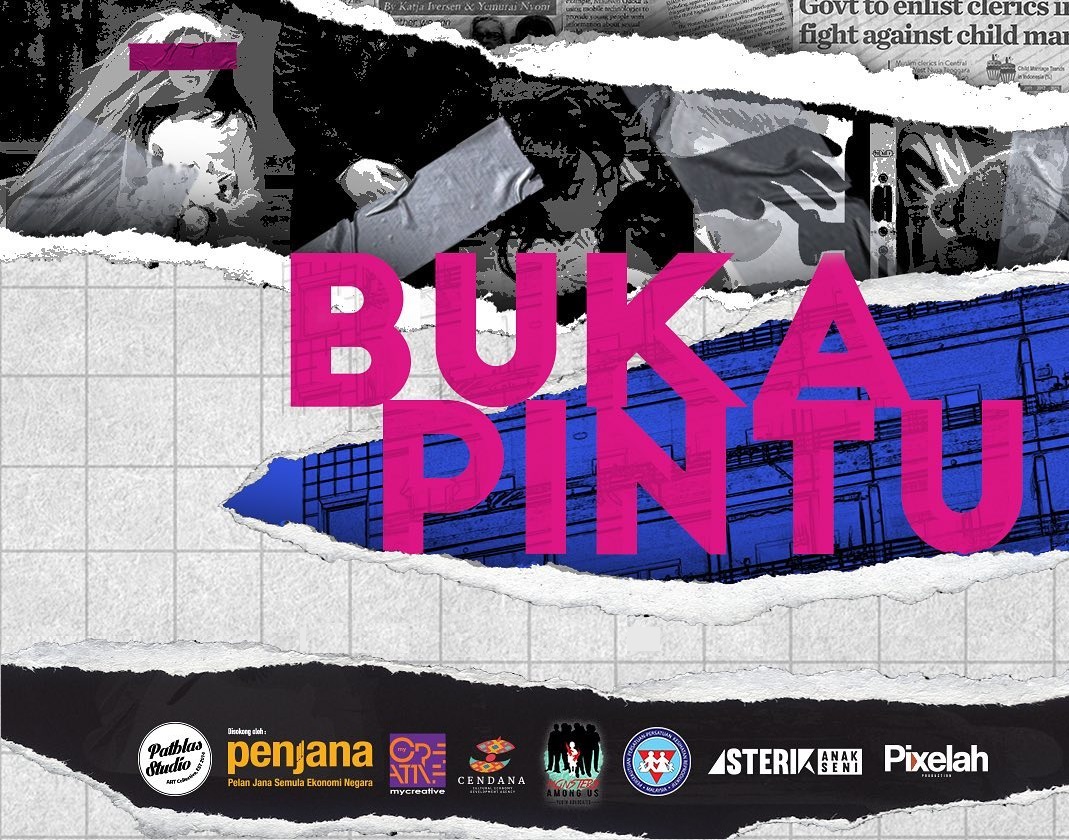 The power of theatre as a place to hear stories untold elsewhere was apparent in Patblas Studio’s Buka Pintu, which had its online run on Nov 13 and 14. Where the fits and starts of public chatter, social media discourse and legislative processes might be susceptible to polemics that lead nowhere, theatre’s ability to provide nuance and ask deeper questions added remarkable insight to child marriage, the topic of focus in Buka Pintu.

There were two parallel stories in the performance, one of Solihin, a divorced man and former teenage groom recounting his experience to an NGO worker, and the other which centres on Puteri, a 12-year-old girl who was forced into marriage by her parents who were, in turn, influenced by a religious teacher and Puteri’s eventual husband.

What the production got right was the ability to take the story to the end. This is not intended as an empty statement, but rather a highlight of the rich detail and chronology of child marriage in the two instances. Outside of theatre, the topic of child marriage inevitably succumbs to what one can call weaponized discourse boundary-setting, with the issue proclaimed off-limits for wider discussion because it has religious and cultural aspects which are complex, in need of deeper consultation from stakeholders. But by standing askance and uninvolving itself in the stasis wrought by society’s inability to tackle difficult topics, theatre goes straight for the jugular.

Part of the power comes from Buka Pintu being an example of verbatim theatre, or theatre that uses the words of real people. Judging from the show’s association with two NGOs working in the areas of bodily autonomy and sexual and reproductive health, Monsters Among Us and the Federation of Reproductive Health Associations Malaysia, it’s safe to assume that the stories presented were taken from real life.

Presented on CloudTheatre, the set is made up of bare, white spaces containing one cast member each. Each block, like a playing card in a game of Solitaire, moves up and down when a scene changes. In scenes where characters speak to one another, there is no organic interaction between them, no pottering about which results in the performance seeming a bit too restrained, clinical even at times.

Nonetheless, credit is due to the cast, made up of Adli Shinichi, Alif Azeman, Aznie Azmi and Intan Suraya. Aznie Azmi stands out especially for her range, acting the roles of Puteri and her conflicted mother.

The topic being what it is, there are moments where Buka Pintu slips into didacticism. We understand that topics like child grooming are not easy to render theatrically, and perhaps the production is also seen as a public awareness platform, but the exchange between Solihin and Farah, the NGO worker sometimes feels a bit awkward, like educational television programmes of yesteryear.

Aliff Awan’s script weaves the two stories well, and the voice of each character is heard loud and clear. There is a sense of place in the regional accents of Solihin and his father, socioeconomic signaling in the example of Puteri’s parents, naivete in the case of Puteri, and oppressive, predatory machinations cloaked in the performative piety of the religious teacher. We believe them, we have heard of them, we know them. Which is what is most alarming, yet a moment to be seized.

Buka Pintu should not end its run as one of those “blink and you miss it” shows that dot local theatre. It should be restaged as a live performance, with the hope that there is more space to introduce different angles to the topic.

In one scene, Puteri frantically recounts the experience of being mocked by her teachers and schoolmates for being a “failed wife” (even though she is at most 14) after her husband abandons her and their child. It’s just one scene of many where we ask the whereabouts of society’s voice in all this.

Maybe the performance could add a chorus, stand-ins for society answering the question: how did this happen? And why do we let it?

Buka Pintu, which streamed from Nov 13-14, 2021, was co-directed by Adeeq Amalyna and Syafiq Syazim. For further information, head to Patblas Studio’s FB page.