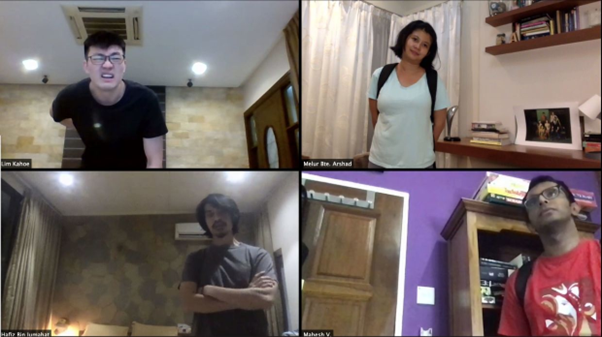 Performance art has always adapted to the times, but how will modern technology continue to shape it?

The years 2020 and 2021 will always be remembered with a tinge of … annoyance. As the world locked and closed its doors, you could almost hear the collective sigh of disappointment as artists and performers found themselves estranged from their audiences. Some flourished, finding new opportunities with social media platforms such as YouTube or TikTok; in fact, they may have found it liberating to adapt to the new content forms of short videos.

For most, however, the struggle was real. Adapting performance art with its hundreds of years of history to something digital is challenging enough, but when content is produced at such a rapid rate that so much of it is thrown away, it’s downright brutal to make something heartfelt and have no one see it.

Adaptation of theatre to modern formats has always been challenging since industrial times. One of the first plays to be broadcast on the radio was War of The Worlds by Orson Welles, and the reaction of the public at the time was to react in fear, perceiving the fiction to be real! Then as the age of film rose, came performances akin to theatre much like the famous Who’s on First? By Abbott & Costello. These early iterations were experimentations by greats like Buster Keaton and Charlie Chaplin, where the camera was locked to almost a single angle and action shot with singular takes, much like theatre was.

Naturally with such evolutions and historical case studies, one might imagine that it wouldn’t be too hard to adapt theatre to the digital platform. After all, we’ve done it before! But quickly you understand that the modern interpretations of theatrical performances seem to lack the subtle grace or rather forgiveness that can be extended to these antiquated content. TikTok, as a prime example, seems to have taken the art of filmmaking and mastered the rule-breaking irreverence of the French New Wave to create a parody of the short form YouTube content that came before it, much like YouTube was a parody of longer videos before it. Inspirations it would seem are drawn from the recent as opposed to the “ancient”.

Now with technology progressing at a breakneck pace, it seems almost counterintuitive to draw inspiration from the silent films of the early 20th century to find opportunities for theatre. Usually, inspiration is supposed to bolster creativity and the creative process, but when the inspirations for videos get shorter and shorter, so does its output. This is why with the technology of 360 videos and virtual reality, it seems that the natural solution for content is to follow as our predecessors did and adapt the art of the stage to these formats. However, much like inspirations are drawn from what we see and what we know, so too did Zoom Plays come to existence.

There has been a multitude of attempts from plays to short films, but somehow none of them seems to stick particularly well. I bring to attention Zoom Parah, an acclaimed play that was brought to Zoom. But unlike 360 and VR, there’s a lack of physicality or physical presence, so it feels flat when viewed from a digital screen. Much like watching an operatic play or even musicals like Hamilton, the very fact that it’s on a digital screen just removes any kind of presence or appreciation from the experience overall. Where in person you might have noticed the subtle differences or intonations in an actor’s performance, over Zoom it feels like a colourful corporate meeting.

The only opportunity for the physical arts to remain relevant in this age is to adapt or fall to the wayside. When things like First Person View Drones are making waves or even VR, the fact that theatre in Malaysia has not attempted either interpretation seems like a lost opportunity to me. A 360 camera as an incidental prop that a theatrical play can centre itself around is something that hasn’t really been explored or attempted. Perhaps theatre can learn from it much like we have learnt to adapt theatrical performances for cinema.

With the advent of technology, it would seem there are many opportunities to increase the utilitarian value of the arts. Especially in new mediums where little has been established or even broken ground, there is no finer opportunity than in the modern age of disruption where perhaps performances like the age-old role of drama and tragedy can find new life in technology.