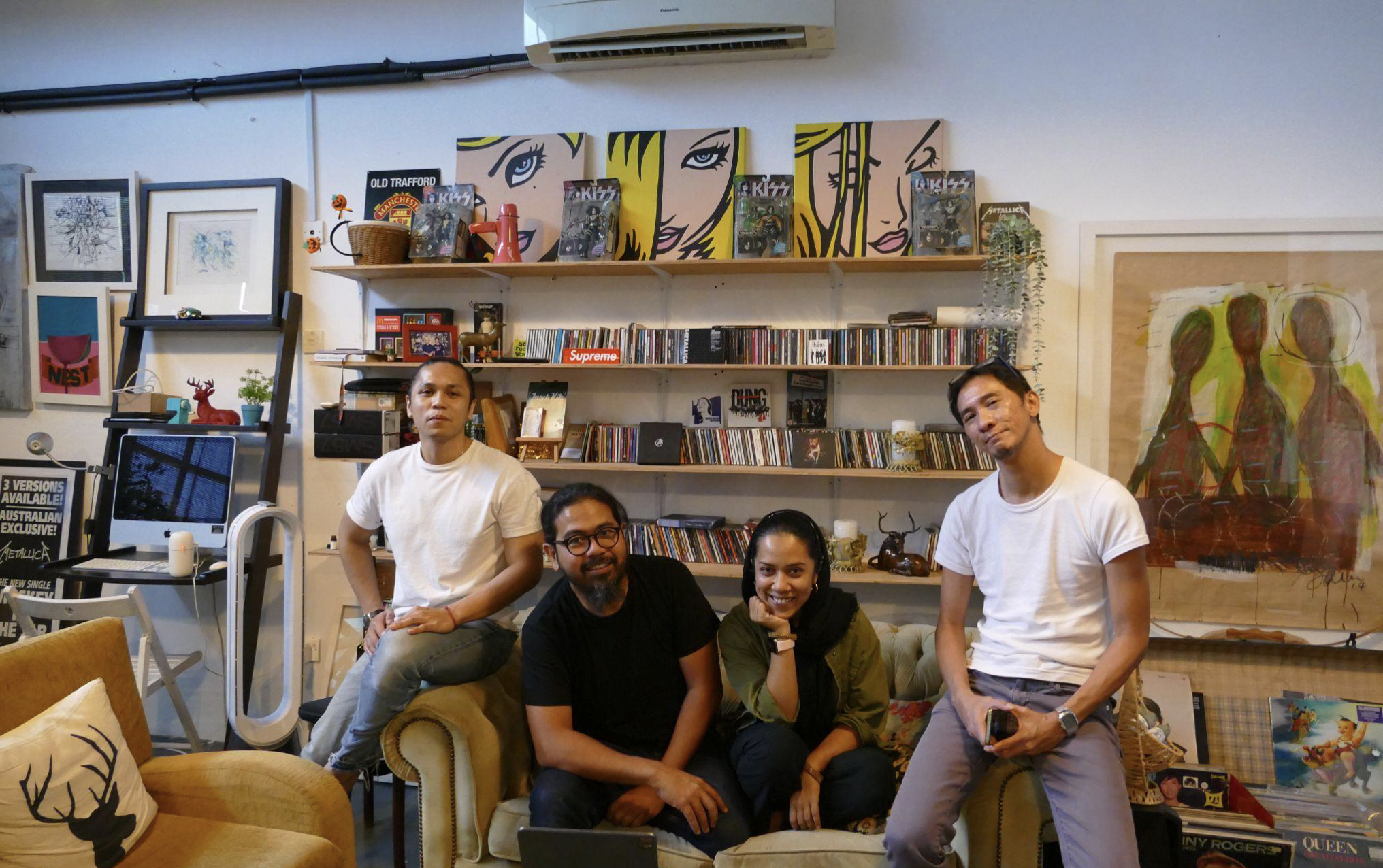 RAI Arts provides a safe haven for artists to create and connect.

Story and photos by IZELEA IZHAM for Lensa Seni

At first glance, the interior of RAI Arts may ring a bell and remind you of NPR’s infamous Tiny Desk setup.

If you don’t already know, Tiny Desk is an NPR Music series where artists all over the world, big and small, play an intimate musical set at NPR’s office. Everyone from Adele to Tyler, the Creator, to Taylor Swift has graced the office with their magic over the years.

The folks over at RAI Arts aim to evoke the same feeling. Except, this one feels more like a home which aims to provide a safe space for not only musicians, but poets, filmmakers, authors and everyone in between.

The arts platform, founded by creatives and husband and wife duo Lara Hassan and Nik Khusairie, aims to support, connect and collaborate with creative practitioners across all disciplines of the arts. RAI Arts planted its seed in 2010 as “Small Talk With The Moon”, an arts space to showcase visual art and music, while also operating as a space for people to hang out and meet like-minded creatives.

Fast forward to 2019, the platform relocated and was rebranded as RAI Arts. The name can be interpreted in two ways. First, it represents a combination of both Lara and Khusairie’s names, the latter also goes by Aiie. Second, it represents the duo’s main purpose – to raikan, or celebrate, the arts. The founders thrive on pure love and passion for the arts, as well as support from the people around them.

Every collectible in the space, from art pieces, books, vinyls, CDs to rare toys, is from Lara and Khusairie’s personal collection and their finds over the years, making the space feel even more like a home and private treasure trove. One can’t help but take in everything, in eager anticipation of what they might discover.

The numerous art pieces in the space trace back to the early days of “Small Talk with The Moon”, through which they supported up and coming local artists who have since made a name for themselves. Needless to say, there’s a lot of history etched in there, too. Even the sound recording equipment was gifted by a friend. For Lara and Khusairie, everything just fell into place as the brought this space to life.

Although the pandemic halted most of their plans just after RAI Arts inception in 2019, Lara, Khusairie, and the team pulled through and managed to provide a platform for a few local artists. Recently, RAI Arts invited local independent bands Advents, FAZZ and Satwo to record an intimate set of their original songs à la Tiny Desk Concert, which will soon be up on their YouTube Channel.

They’ve also published a poetry book by multi-talented artist Leia Hassan, titled SMOKE: A Public Diary. A telemovie, as well as a book by prolific Indonesian writer Benny Arnas, are both in the works. This isn’t an easy feat considering the toll the pandemic has taken on the creative arts in the last couple of years.

Although Lara and Khusairie come from backgrounds at the other ends of the spectrum – Lara in law and Khusairie in astronomy and international health and safety – their love for the arts runs deep. They’ve both dabbled in music and visual arts over the years. Just look at the space that they built together and created for others.

In conversation with Lara and Khusairie, along with RAI Arts team members Vinh Khaw and Megat Fadhli, the topic of support for the local arts came into discussion. There’s still a lot of work to be done in bringing more visibility to the arts, and there is no question that the government and education system play a role in providing this. “How does one contribute when there isn’t a lot of support and help to begin with?” says Khusairie. This is what they hope to provide, even if it means starting small.

He laments about the education system. “We were indoctrinated to believe that there is a difference between the arts stream and the science stream and to think that the arts are nothing.”

The curriculum in Malaysian public schools has always focused on STEM subjects, as opposed to the arts – those who fail their primary subjects in lower secondary school are placed into the “lesser” classes once they transition into upper secondary.  This may have skewed students’ perception of the arts growing up, thinking that artists have no future, in the traditional sense.

Another reason why artists don’t get enough recognition can be attributed to accessibility. Not everyone has the means to visit a gallery or museum, let alone afford the artwork. While most art exhibitions these days are free (Ilham Gallery, for example) their urban locations make them hard to access for those outside major cities.

One way artists can get involved in the arts community and increase its visibility is to really put themselves out there. “Don’t just stay in your own crowd, talk to everyone, says Khaw. Meet like-minded people, share ideas, and ultimately, create and grow together.

There is still a long way to go in creating visibility and building support for the arts, but at least we can be assured that places like RAI Arts exist, and there are folks that devote their lives to the cause. If not for them, who else can local creatives turn to?

If you want to cook up something creative, don’t be a stranger and say hello to the lovely people of RAI Arts on Instagram!