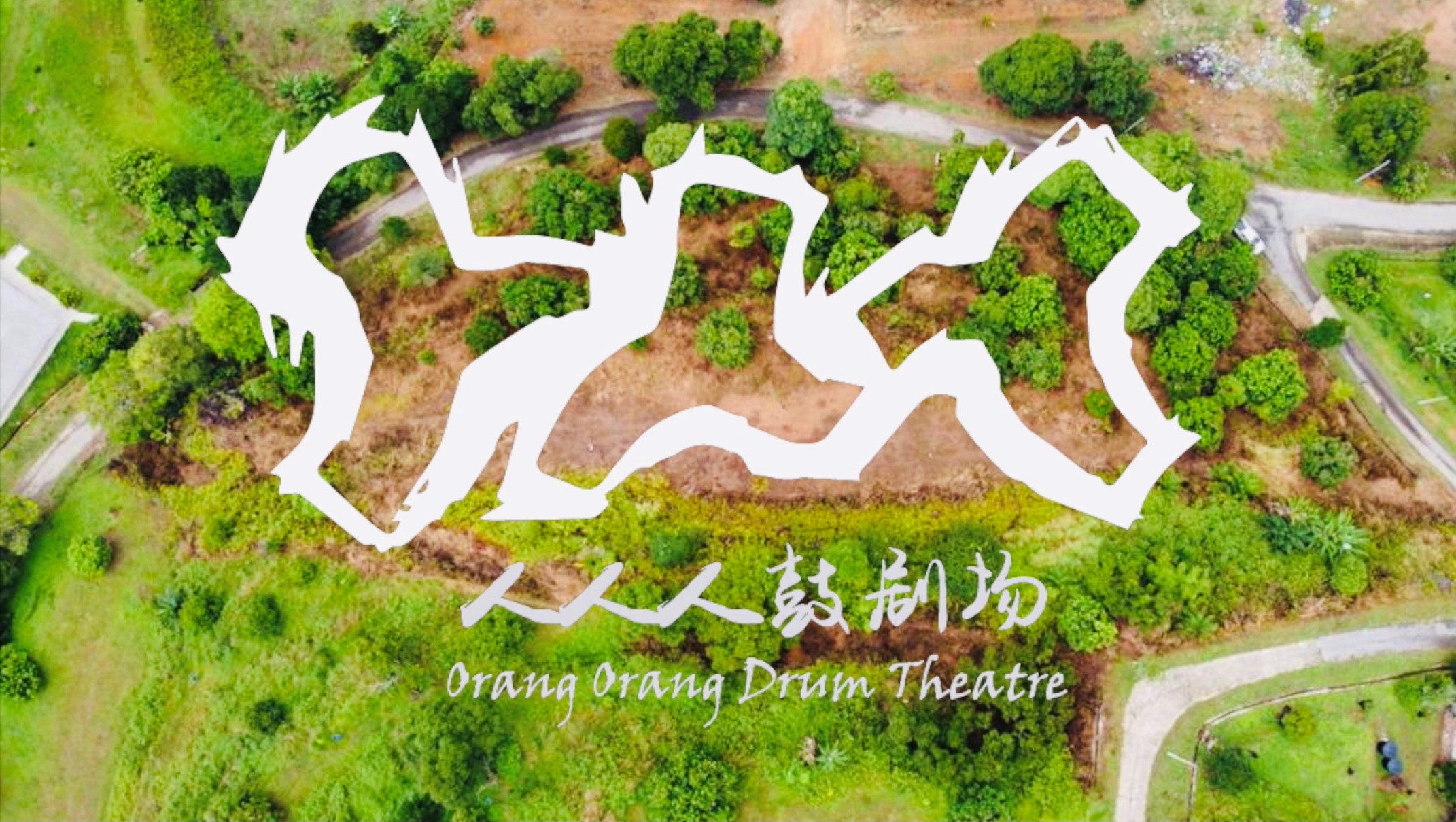 Tucked away on the rolling hills of Kampung Baru Karak, Pahang is the site of the Orang Orang Art Farm, Orang Orang Drum Theatre’s latest project.

As performances, exhibitions, concerts and showcases all stopped with a screeching halt in early 2020, Orang Orang Drum Theatre reflected over what role it could play in the art and cultural ecology.

Closing their doors, the collective published a music album Lang4 x Lepak in September 2020, and recently also streamed a homemade documentary film with the same title screened on Cloudtheatre reflecting on the recording process.

The film gave viewers a peek into how their lives have shifted since the pandemic exploring moments of struggle, reconsidering and work-in-progress. During moments of retrospection, the arts group added one more to their to-do list: to revisit a dream from a decade ago.

Tucked away on the rolling hills of Kampung Baru Karak, Pahang is the site of their latest project: Orang Orang Art Farm. It is a world away from the collective’s studio in Cheras, Selangor and performances in the Klang Valley, its typical spaces of practice. Since 2010, the arts group has been sharing, discussing and exploring how to start its own nourishing space for experimental arts, cultivate land with nature and practise a sustainable way of living.

At home, I clicked on the livestream of Orang Orang Art Farm. I was immediately transported to the rural landscapes of Pahang, of dirt and gravel pathways, laden with sunshine spilling onto the screen. A staunch hit of nostalgia, longing and fascination washed over me, as I pulled my computer chair closer, engrossed in the shaky video of two core members of Orang Orang Drum Theatre introducing a dream coming true – a land to call its own.

The idyllic location is home to a new arts base, a flexible space for performances, practice, dialogue and artist residencies. Surrounded by bountiful rambutan, mangosteen, jackfruit and durian trees, the neighbouring natural landscape will be cultivated as a farm. The arts base will be a space to sow the seeds of art and cultural performance arts.

Working closely with architectural design firm Haus Studio, its new space will explore the use of local and recycled materials.

Haus Studio also works primarily with local crafts workers inspired by affordable construction processes. The design of the arts base has two main structures – a generous multi-purpose hall and living quarters with toilets and a kitchen. The chosen textures include a warm timber tone, shaded by an aluminum roof with a deep canopy shading the premises from the strong Malaysian rainfall.

The facade of the hall is affixed with a translucent corrugated plastic facade, slightly obscuring the view from the public but allowing light to flood into the space. The doors can be opened to create an instant stage for the public to watch the performance, and amazing vista behind. The other building is rendered with a myriad of reclaimed windows of different shapes and sizes, embracing the DIY construction technique.

Members of Orang Orang Drum Theatre Zyee Leow and Boyz Chew are currently camping on site, tending to the crop and learning about the land. On their liv stream, the pair shared their current camping set up – atop a pick-up truck on their neighbour’s premises. As the location is relatively rural, infrastructure such as running water and electricity have to be applied for. Even before beginning the design and build process, their land requires setting up the foundations, both infrastructural and building, for construction – a process unfamiliar to many urbanites.

On its facebook page 人在山Karak / Orang di Shan-ka-la, the pair document their journey living off the land of their future arts base. They livestream the learning journey of practicing bricklaying, cooking with an open fire and making music over a campfire.

The duo declared the whole construction process will take two to three months, depending on the weather conditions, flooding and rain. As it is tending to the constructing process, the arts group is also collecting reclaimed timber and stone as materials to construct its space. Trained as performers, the duo are learning everyday from the neighbouring community and their experiences from travelling and performing abroad. It is a gradual process, of learning agricultural techniques to craftsmanship, and hard labour.

Orang Orang Art Farm is currently crowdfunding to generously nurture its space with the community. If you wish to collectively share the journey with Orang Orang Art Farm, there are various tiers of support through one-time donations. At each tier, you will also receive opportunities to visit the site, venue sponsorship, complimentary tickets to events and more.

The funds will contribute to nursing trees back to health, to cultivate a farm, building of the arts base and funding operations on site.

The aspiration for collectivism allows the public to participate supporting a beautiful project exploring the intersection of the abundance of the natural world, performance art and recalibrating life through exchange.

Orang Orang Art Farm embodies the very notion of “community”, a founding principle of Orang Orang Drum theatre, where art belongs to the people and lives among(st) the people.