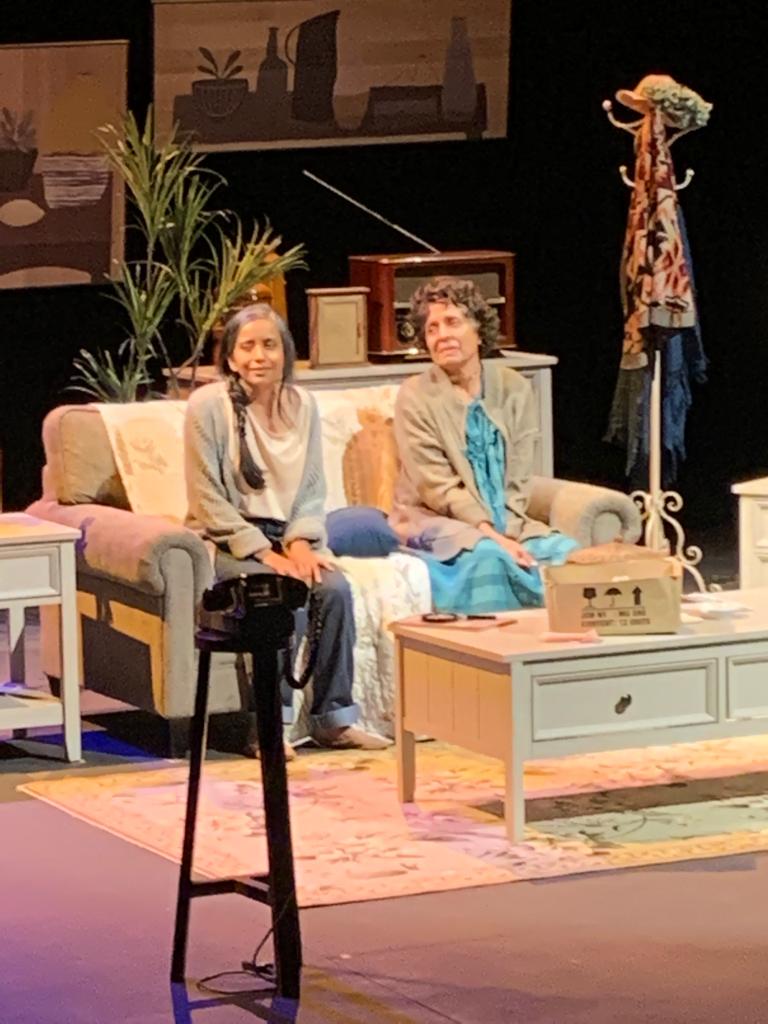 Content Warning: This review mentions topics such as suicide and self-harm which are broached upon in the play ‘Night, Mother.

Walking into the performance space of ‘Night, Mother at the Petaling Jaya Performing Arts Centre (PJPAC) creates a sense of anticipation. The set, made up of an adjoining kitchen and living room, hints that we are stepping into a performance that will fill up a single space and allow the audience to be fully immersed in the relationship between the characters. As opposed to a play with multiple set changes, the ebbs and flows of dramatic tension will likely rest largely on the dialogue within the confines of the tastefully decorated home. The expectations are high for the play by Marsha Norman which was awarded the Pulitzer Prize for Drama in 1983.

Theatregoers sometimes speak of difficult plays, ones that deal with topics that unsettle and can linger on in the mind long after the curtains close. ‘Night, Mother would qualify as such a play, in my judgement. Over the course of one evening, Jessie (Anitha Abdul Hamid) and her elderly mother Thelma (Sukania Venugopal) lay bare their disappointments, emotional wounds and vulnerable moments that eventually lead to a devastating climax.

If the play is about the burdens we carry inside over the course of life and its disappointments, Jessie’s journey heightens the sense of despair because her travails are enmeshed in the mundane details of life. In between complaining about the grocery delivery service or how Thelma should be more aware of how long milk is left in the fridge, her plans of self-harm are made obvious. She takes hold of her late father’s gun, and tells Thelma what to do once she has ended her life later that day. Hovering around Jessie’s sharing of her plans, and Thelma’s struggle to keep up, is their relationship’s movement from quibbling mother and daughter to a pair that can look beyond the dysfunctional dynamics and speak honestly of matters of life and love.

An important aside: if theatre is a part of life, where theatre makers strive to be sensitive towards the contexts of their society, I think the production should have included a content warning in their publicity material. With suicide and suicide ideation being such anchor themes, to include such a warning would be courteous and a dispensing of care towards the audience, especially in a time when mental health has been challenged to unprecedented lengths.

As a performance in the act of filling up space, ‘Night, Mother was satisfying. Under Pat Gui’s direction, the actors lounge around on the sofa, pace from living room to kitchen, gather around the dining table drinking hot chocolate and just live out their selves in a way that engages and makes us keen to follow the goings on. The notion of our everyday routines masking danger that lurks underneath is powerfully delivered between this interlay of dialogue and action. Yes, it creates an anxious, gnawing nervousness in our hearts, but as mentioned earlier, ‘Night, Mother is a difficult play, and such an audience experience doesn’t feel amiss given the territory.

There is, however, a major issue of contention. It was very curious to see the actors speak in what sounded like attempts at Southern United States accents. Anitha and Sukania are respected and capable actors, but they were obviously not at ease with the speech modification, and sometimes slipped in and out of the accent. This choice begs questions on why this feature was deemed necessary, as it inadvertently made the act of performing appear more like mimicry than steady internalisation leading to outward presentation.

All these considerations aside, ‘Night, Mother is a powerful performance that makes for a potent evening at the theatre. It doesn’t hold back in tackling difficult topics and will play on in one’s mind days after.

‘Night, Mother is on at PJPac in One Utama from Jan 6-16. Tickets for the show are now being sold at www.onetix.com.my at RM95 (excludes ticketing fee)