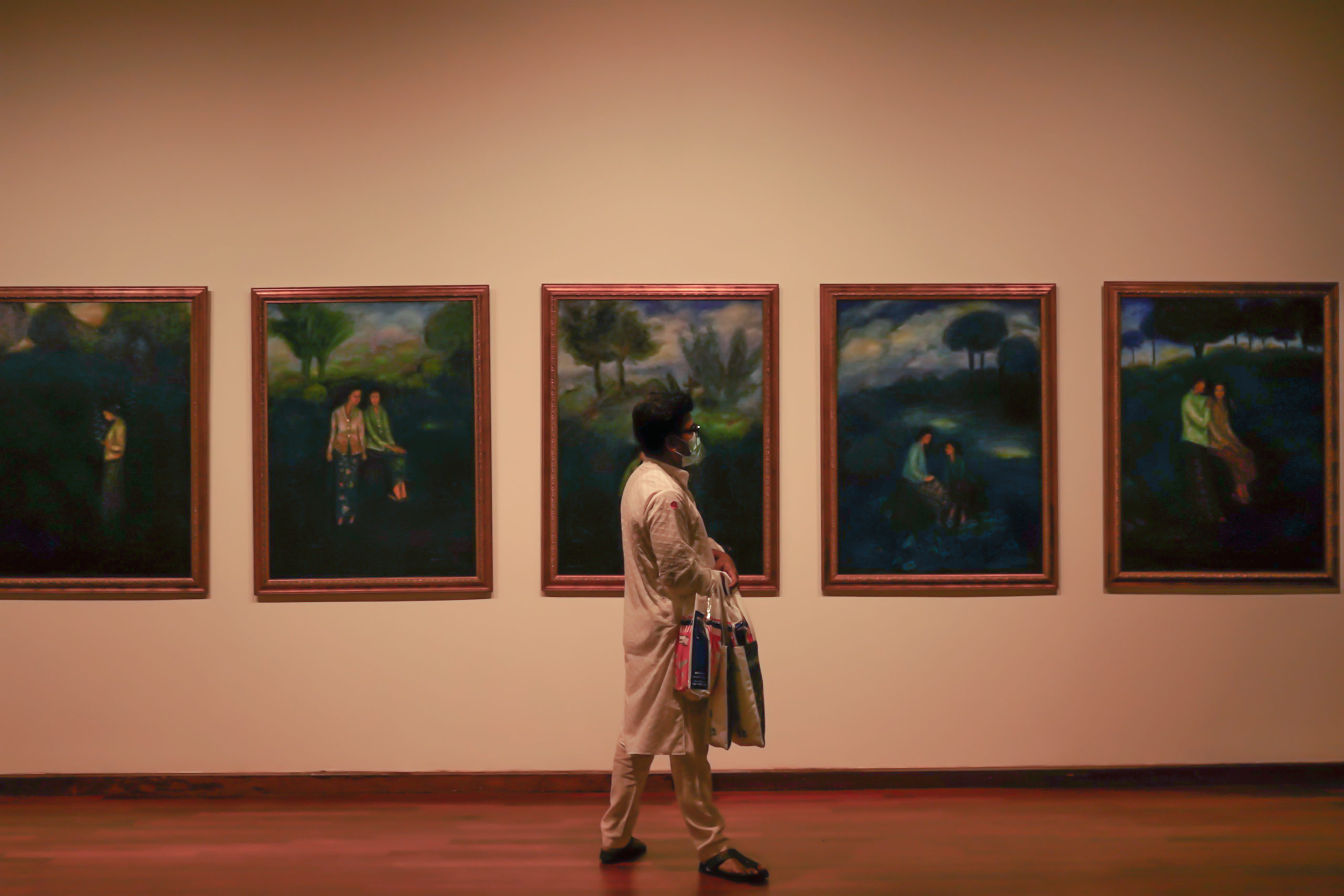 After nearly two years, the National Art Gallery has reopened its doors, with close to 500 artworks on display.

Just last week the National Art Gallery reopened its doors to the public after a two-year hiatus, with much fanfare, new exhibitions and the announcement of the Bakat Muda Sezaman winners. How many Malaysians are familiar with its history?

In 1952, a senior civil servant named Mubin Shepard was tasked by the Federal Government to nurture art appreciation among the people of Malaysia and with that, the Malaya Arts Council was born. Six years later, the first working committee for the establishment of National Art Gallery was founded by the council and with that also came the first physical space for the gallery in Dewan Tunku Abdul Rahman. The first exhibition held there was officiated by Tunku Abdul Rahman on Aug 27, 1958.

The National Art Gallery (NAG) has undergone various changes through the years such as its name, which has been altered at least four times. After nearly 30 years of being in the same location, the Yeoh Tiong Lay Corporation (YTL) was appointed to construct a new building for the NAG. The project was completed in 1998 when the NAG moved to Jalan Temerloh, off Jalan Tun Razak, in concurrence with the 13th Asian International Art Exhibition. The gallery was officially launched by then Prime Minister Dato’ Seri Dr Mahathir bin Mohamad in 2000.

NAG has always been at the forefront of the contemporary art scene in Malaysia and home to various prominent exhibitions and projects. However, when the COVID-19 pandemic struck in 2020, the gallery closed its doors due to the Movement Control Order (MCO).

While it was closed, NAG did not sit still. The art sector was hard hit by the pandemic and NAG was working hard behind the scenes to alleviate the burden and provide support for creatives.

Today, NAG is back, stronger than ever, chockful of programmes. It kicked off its reopening last week with an exhibition entitled NUSA where a total of 466 artworks are on display spanning five galleries – Galeri Reka, Tun Razak, 2A,2B and 3B – exhibiting the permanent collections of the NAG.

“Eighty artworks from the NAG permanent collections were selected as subject and references in the Pendidikan Seni Visual curriculum and all 80 of the works are displayed in this exhibition giving students and academicians the opportunity to see the works physically,” said Tom.

The prestigious biennale art competition held by NAG, Bakat Muda Sezaman, also took place during the pandemic. “We received 166 applications and 81 participants were selected by the NAG curatorial team,” said Nancy. As the gallery space was under renovation, NAG came up with a new way of presenting the competition with the theme Art on Site whereby the works were presented in various locations set by the artists. Muhammad Hassanuddin Yusof took home the big prize of RM30k for his work entitled Red Dining displayed at the Malaysian Anti-Corruption Commission (MACC) building in Putrajaya.

“Audiences will also be excited with the new space for contemporary artists to display their works via the Singles showcase,” Tom offered, referring to the the latest exhibition space located at the entry hall of the gallery that is currently exhibiting Shafiq Nordin’s work, Anti Panic Buying.

There is also another exhibition that was launched in conjunction with the reopening of NAG. Located in the National Portrait Gallery, Senifoto celebrates the development of art photography in the contemporary art scene through the Permanent Collections spanning from 1963 to 2021.

Another new space aside from Singles is the Cultural Diplomacy Exhibition which features NAG’s strategic partners across the region. “Currently, we are enjoying a performance from Australia entitled Walking Through a Songline, an exhibition that celebrates Australian Aboriginal folklore. It is a collaboration between NAG and the Museum of Australia and Mosster Studio with the support from Australia High Commission and the Government of Australia in conjunction with the Australia now program,” Nancy said.

A lot is going on in the NAG and there are still many more programmes that it has in store. NAG is now open every day from 9am to 5pm (check for closures on certain public holidays). NAG is looking for volunteers to assist in various tasks – more information can be found here. For updates regarding NAG’s activities, please visit its Facebook and Instagram.