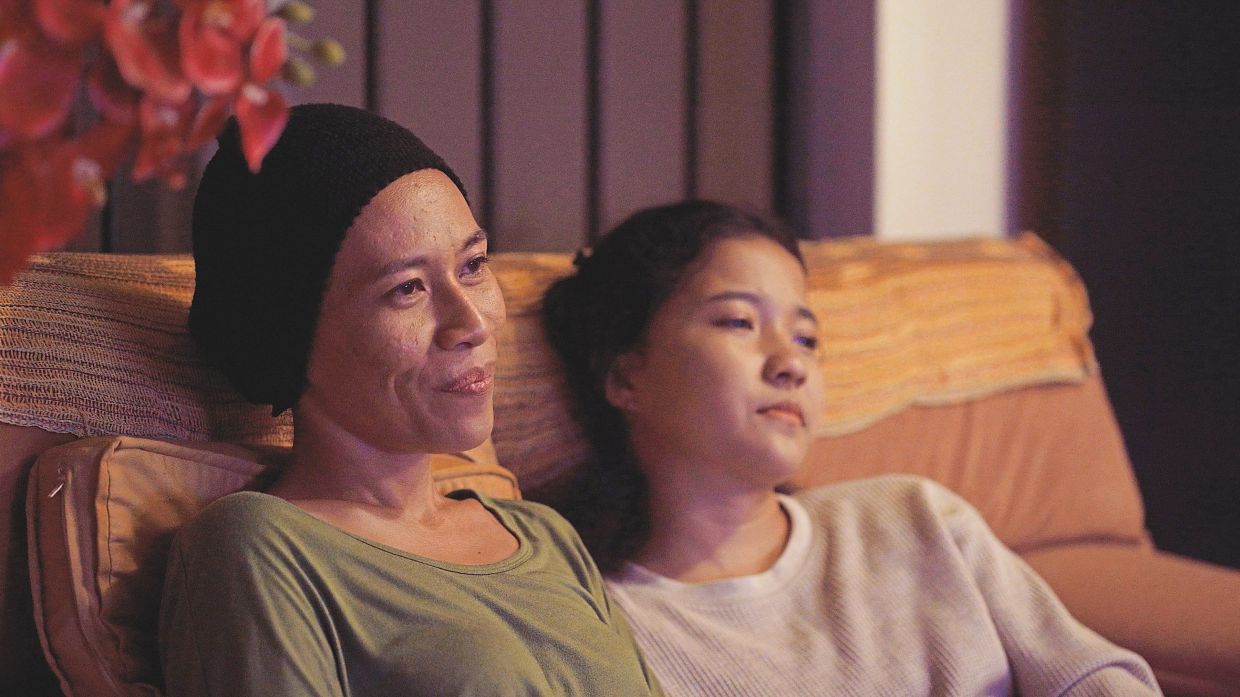 “When we die, where do we go?” is the simple question that is explored in Khairi Anwar’s movie “Mentega Terbang”.

Review by EMBUN for Lensa Seni

“When we die, where do we go?” is a simple question that demands an in-depth knowledge of religion and the existence of God. Exploring the weight of this question is at the heart of Khairi Anwar’s directorial debut movie Mentega Terbang, produced by Anomalist Production and Meng Kheng Entertainment, screened last year.

Although religious freedom is amost a taboo topic in Malaysia, this theme is unapologetically discussed in Mentega Terbang.

We follow protagonist Aishah’s journey of researching the afterlife in Christianity, Hinduism, Buddhism and Islam. This research project is assigned by her mother who is dying of cancer and a loving father who is devoted to taking care of his family. Her extensive research is faced with a lot of external and self-conflicts. Will Aishah find the answers she is seeking?

It was reported by The Sun Daily that Khairi Anwar and his co-writers, Arjun Thanaraju, Vishnu Varman and Ti Teng-Hui, came up with the idea to write this movie after Khairi binge-watched movies by the late Yasmin Ahmad. Tan Meng Kheng, the producer, added that the stories she (Yasmin) told were unique and they did not want to merely “copy” her.

The movie managed to capture the essence of a typical Malay-Muslim home and a familiar Malaysian neighbourhood that is neither not too city-like nor kampung-ish. Unpacking topics like religion, race and culture in a familiar and relatable setting made these tough conversations flow more easily. I am a fan of the tone and the dialogue in Mentega Terbang because I think these elements make a good movie.

In my opinion, the strength of this movie lies in the is its characters – all of them were relatable and lovable. Most importantly is that Aishah is not moulded to be the heroine, instead she is just a teenage girl who is desperate to find a way to save her dying mother. I see them as humans with complex characters.

The movie starts with the sound of the Azan (muslim call to prayer) and a person taking wudhu (abolition), which clearly foreshadows religion as a major theme. Then it slowly reveals our protagonist, a Malay teenage girl, reading the Holy Bible in her bedroom.

I was surprised, in a good way, when I watched the opening of the movie. The first scene lays a strong exposition and definitely drew my attention to the religious symbolism.

Mentega Terbang did not just beat around the bush when addressing the freedom of religion and comparative religions in Malaysia, the movie pushed boundaries and raised the stakes for Aishah who is determined to search for the theological answers, especially the idea of reincarnation to save her mother from cancer.

Although Aishah’s parents are devoted Muslims, they are open to talking about other religions, often over family dinner. After their evening prayers, the family has dinner while Aishah reads an excerpt from a holy manuscript that she is currently researching. This openness about talking about a sensitive issue like religion is a factor that is missing in mainstream Malaysian movies.

Director Khairi Anwar stated that this movie is personal and in the interview with The Star, Khairi said: “I was intrigued by the idea of religion myself. I was sent to a school which required me to know the basics of other religions, practices and cultures, and I have lots of questions that I want to ask, but those questions might be very sensitive to other people. So by making this film, my intention is not to give away any answers, but rather to raise questions and share it [sic] with my audience.”

Why is this movie relevant now? I feel it is because now is the time to have a conversation about freedom of religion in Malaysia. Most people “inherit” their faith from their family and are expected to practise the religion from childhood. However, in Mentega Terbang, Aishah’s father gives her permission to choose a faith that resonates with her when she turns 18.

Although this movie is about a teenage girl’s quest to search about the afterlife, it offers so much more to the audience. If we actively learn, listen and read about other religions like Aishah does in the movie, perhaps we will break away from the societal prejudices towards those who practise different faiths in Malaysia.

Syaza Norazharuddin, who also writes under the moniker Embun, is a participant in the CENDANA ARTS WRITING MASTERCLASS & MENTORSHIP PROGRAMME 2021