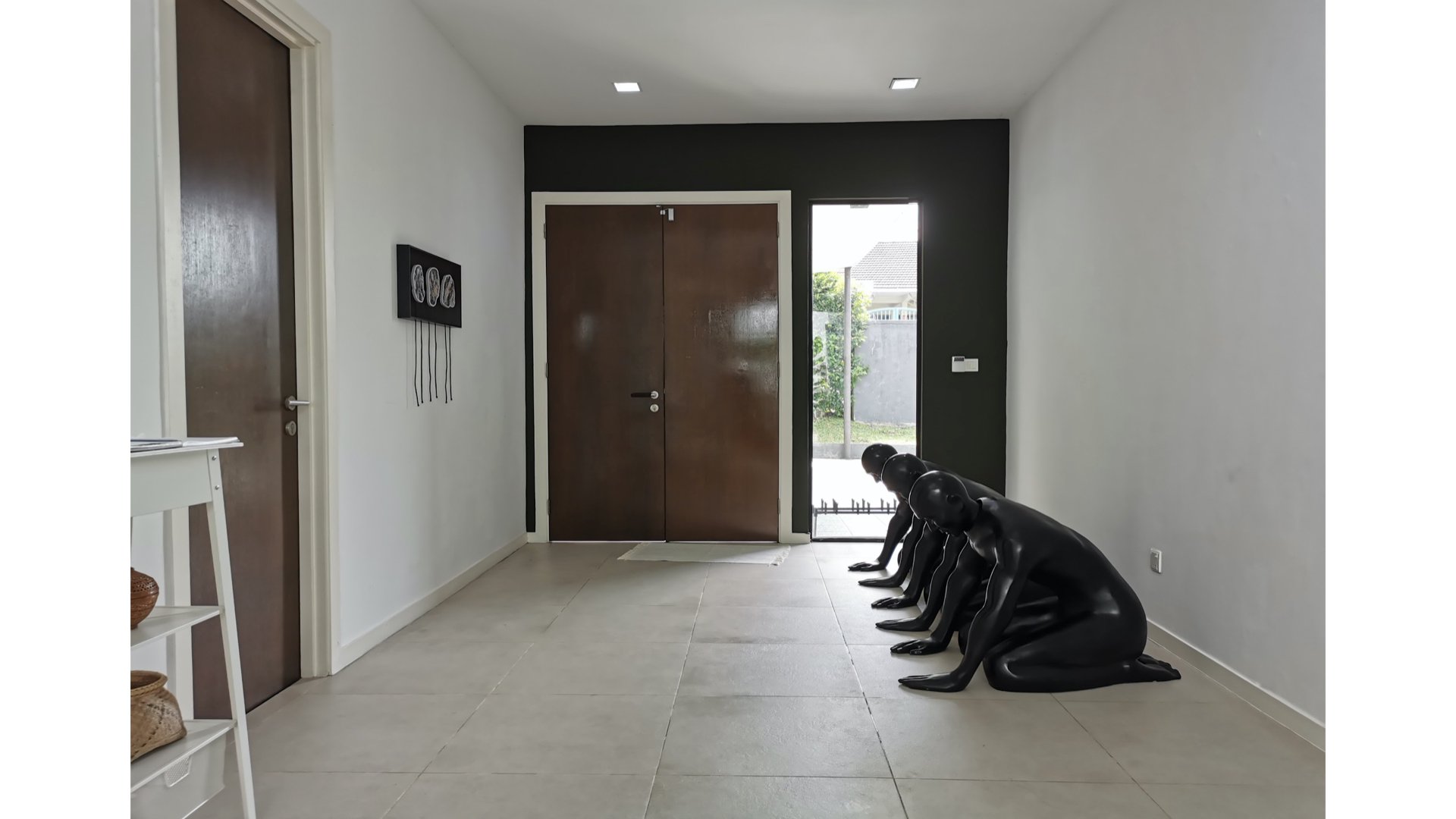 As I enter the minimalist, contemporary white interior of Suma Orientalis in Petaling Jaya, Selangor, the whirring of servo motors reverberate in the hallway. Heads, bobbing, shifting, rotating and nodding repeatedly.

Three hollow nodding black figures are remnants of Louise Low’s previous work at the National Art Gallery titled “Yes”, part of the Young Contemporaries exhibition in May 2019. Made of fiberglass, their smooth, matte black bodies kneeling on the floor, as if beckoning me to keep walking forth.

The exhibition Mass against Mass (which ended its run in early October 2020), is an intimate response, intertwining narratives of power, body and the politic of self. Low’s work emerges from the uncertainty of the everyday individual conversation to the contention of our current collective crisis. Many of her works use the head as a representation of the self, the figure is often obscured, expressionless and/or reduced to a barely recognizable being. The artist work tests the notion of the collective, the freedom to make choices, and envisions what happens when the mass falls in line with structures of modern city she lives in.

Set in the background of the fringes of a growing capital – the densest, populated urban area of Malaysia – the mass emerges from all edges of the canvas. As we jump in and out from various governmental controlled public and private areas, our bodies are enclosed in spaces of the density of an imagined community.

The performance of power in modern Malaysia is currently reflected in our contingent state of in-between multiple iterations of the movement control order in urban Kuala Lumpur. The juxtaposition between the site and the pieces is further established by the curatorial statement which reads: “When are we free to make a choice, are we free from its circumstances?” 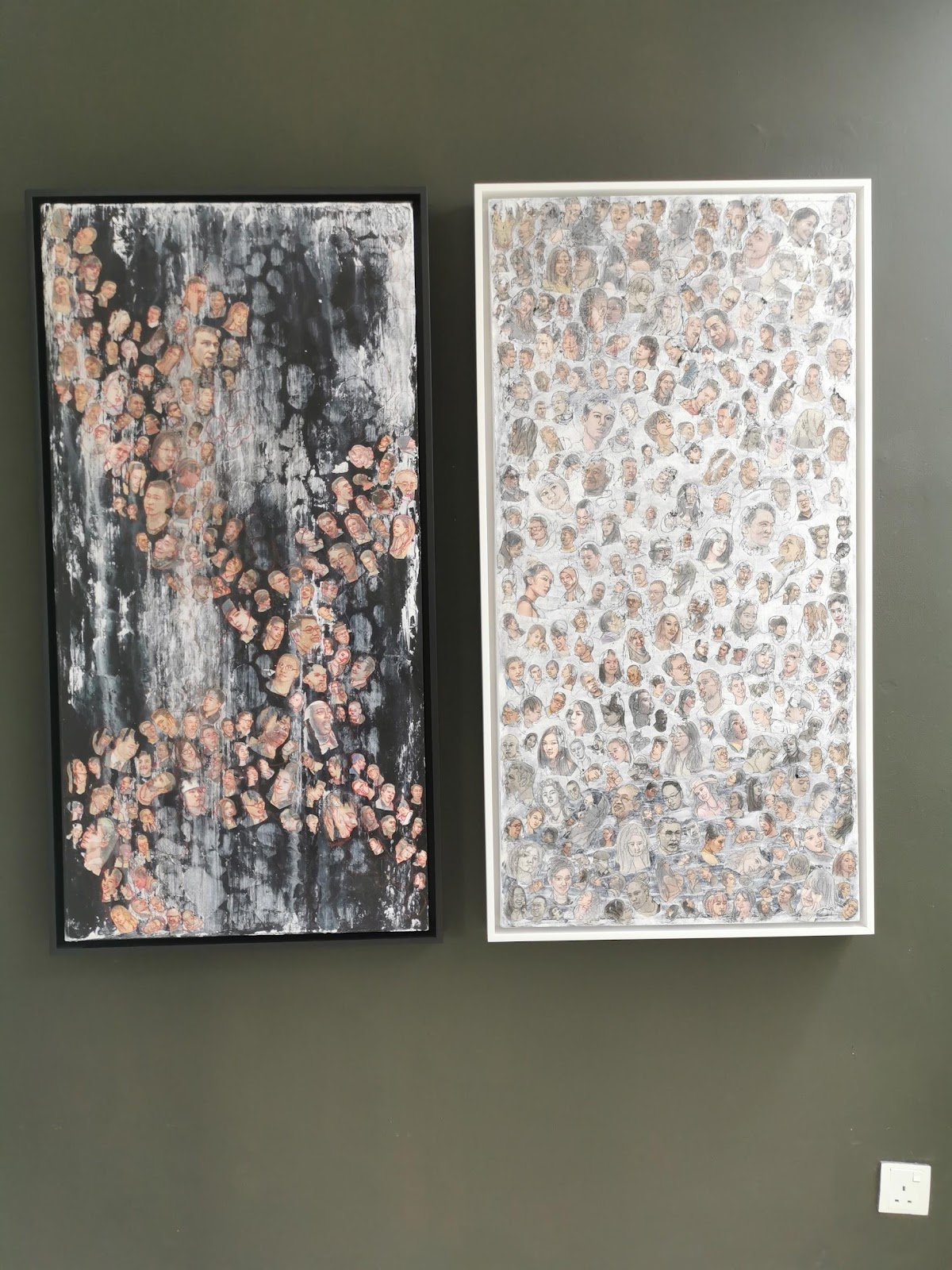 Surreptitiously complementing the interior of the bungalow-gallery of Suma Orientalis, the “mass” emerges from the black and white walls, with obscured eyes looking at you. In “Drifters are The King Makers”, the diptych of mixed media collage with a mass of heads. Low paints with oil and acrylic paints, obscuring heads of the colours of the photographs, enshrining in an oppositional black and white. She adds a series of winding lines demarcating their features with a dermatographia pencil recalling the “mass” from the exhibition title. The individual dissolves into an unrecognizable mass, a connected collective emerges from the two canvases, losing identity, losing control of the self. 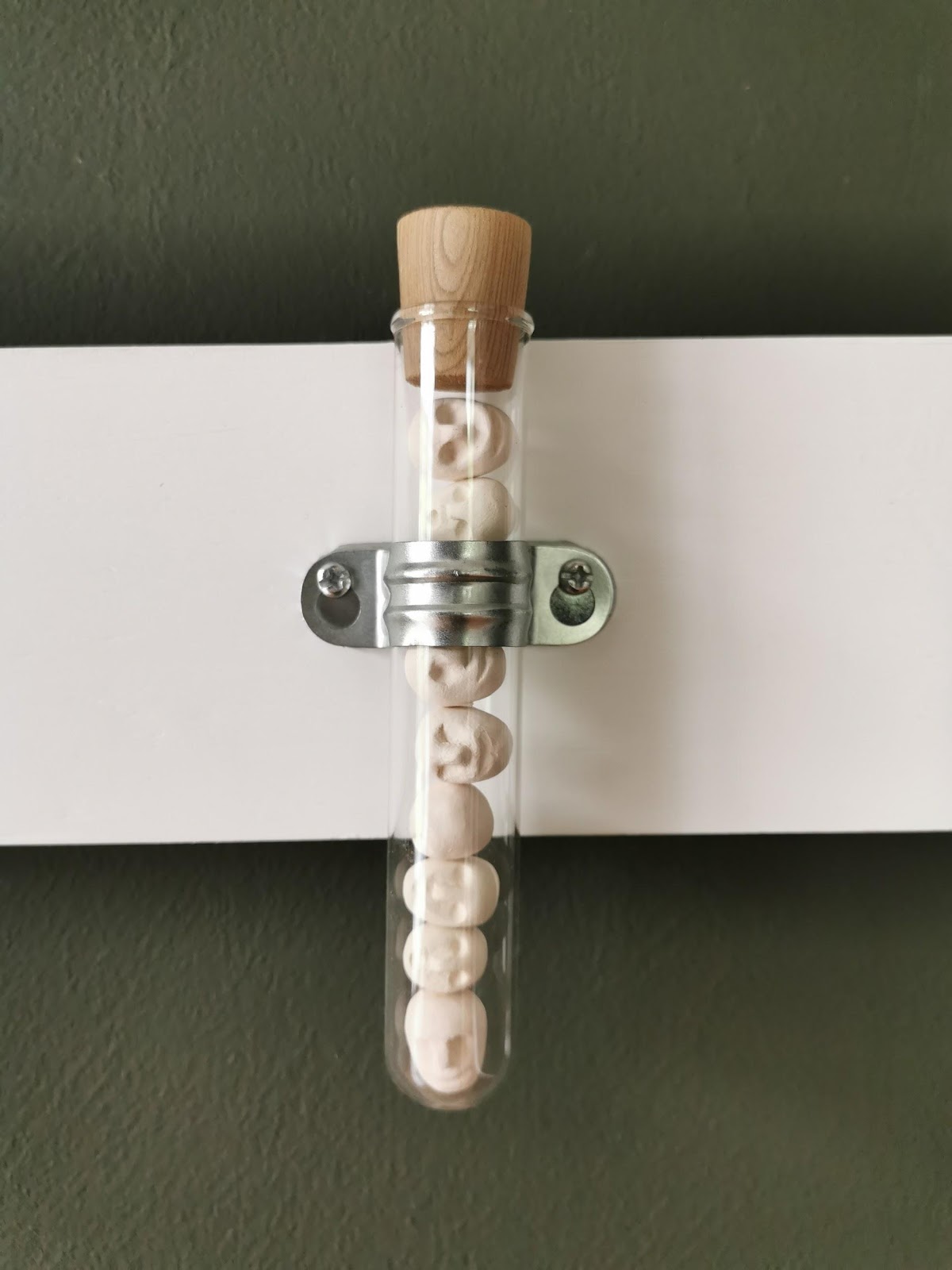 Juxtaposing the figurative heads, Low reconvenes the conversation of conformity in the mixed media work titled, “Somewhere in This World These are Those Affected by What You Have Done”. The title is written as a longer musing and in a conversational tone, but also charged with choice vocabulary such as “Affected” or “Done”. The piece is placed in stark contrast from the black painted background. The test tubes, hung in 3 rows of 10 and containing blank, miniature heads, are corked and affixed to the wall. The heads are marked with a demarcated nose and eye sockets and a mouth in a pale ceramic finish, lifeless and part of a larger mass. Each test tube seems to denote an on-going experiment from larger forms of power toying with eerily similar looking masses. I was immediately reminded of our current reality, troubled by the similarities offered by the layers of spatial tabulation and the controlled city during the pandemic. The “You” may be the state exercising order and control. The “You” can also be oneself, attempting to navigate these times.

“It’s Either What They Believe In or What You Believe In, Yet Truth Lies in Neither One” was a shattering of the self. Literally. It is created by a rotating dish, a kaleidoscope of reflective shards stuck onto yet another interactive piece. In the shards, my body “broke” into hundreds of tiny fragments and became part of the many faces in the work, including those obscured by the artist in a layer of matte black paint. The art object challenges the relationship between the viewer and the mass collected on the many heads carefully laid out on the repurposed satellite dish.

The deceivingly beautiful site of Low’s exhibition allows the work to modulate in between the serene site and the dark, bleak future envisioned by her pieces. I left her exhibition clouded by the beauty of the art objects and pieces, but even more enamoured by the practice of the pulling, rotating and oscillation of the sculpture work. This added the sensory quality of sound and touch, beyond an ocular-centric exhibition.

Somewhere, thrumming underneath the layers of this exhibition, lay a solemn affinity with our current mode of isolation.