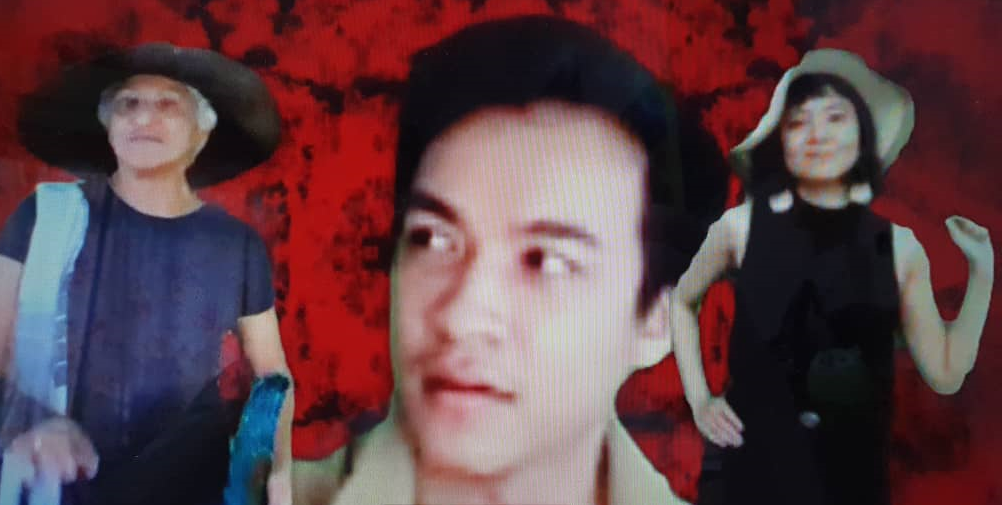 In its latest production of King Lear, the Kuala Lumpur Shakespeare Players do their job a little too well.

The Bard has racked up a reputation over the centuries for being slightly incomprehensible upon first impressions, but he continues to be taught in literature and theatre courses the world over because the poetry of his works offer a rewarding pay-off for those willing to make the effort.

With a play of such daunting proportions as King Lear, which involves numerous betrayals, backdoor dealings, and several actions happening simultaneously, his linguistic entanglements perhaps pose a greater risk of impeding understanding than other, more singly-focused plays such as Macbeth.

It makes sense, then, that the Kuala Lumpur Shakespeare Players should tackle it as part of their Shakespeare Demystified series, a long-running, educational programme that attempts to make Shakespeare accessible to newcomers.

King Lear was famously written during a plague era, when all of London’s theatres were forced shut and each week saw thousands of fresh deaths. Fast forward four centuries and a few years later and the KL Shakespeare Players are putting on a performance of that very play, under similar but less dire conditions (thanks, modern hygiene), with the additional benefits of modern technology. Last Thursday, I caught the third screening of their interactive, Zoom-based, SOP-compliant production of Lear. All the actors livestreamed their performances from the isolation of their respective homes, and all were equipped with green-screen backgrounds. With some deft technical magic, director and KL Shakespeare Players co-founder Kien Lee stitched them all together using virtual backgrounds and special effects, allowing cast members to appear together on screen without being physically together.

The main action of the play took place in “Speaker View”, but, by toggling “Gallery View”, you get to see the faces of your fellow virtual audience members in a grid. In a nice inclusionary move, the promotional material for the play encouraged audiences to turn their webcams on, so that they, along with the cast members, could watch each other’s reactions to the play’s action. One thing I noticed from the gallery view was that a large chunk of the visible audience consisted of students and youths, which explains the extensively expository nature of the production.

Their version of Lear is heavily abridged, halved from the usual three hours to 90 minutes. They achieved this by replacing portions of the script with narrative storytelling, or: telling instead of showing. Throughout the play, cast members repeatedly break the fourth wall to ask the audience leading questions, such as “How do you think Cordelia is feeling now? Do you think Goneril and Regan were right to treat King Lear in that way? Were [the King of France’s] intentions really that pure?” In the first half of the play, the cast members broke character to engage audience members in an interactive discussion about Goneril, Regan, and Lear’s actions, and who deserved what treatment, but the interruption of the play for these discussions (which should ideally be held by the students’ own teachers outside the play) halted the sick, inevitable, snowballing movement that makes the play so tragic.

Veteran stage actor and KL Shakespeare Players co-founder Lim Soon Heng made a commendable attempt at playing King Lear, but his tone and stature did not quite live up to the tragic old king. In a scene where he’s launching one of his verbal tirades against his daughters, some special effect was laid over his face to turn it red; I couldn’t help but wonder whether the addition of this rather literal effect was to compensate for the actor’s slight dramatic presence. He might have been more suited for the role of The Fool, an archly satirical character who has emotional moments as well.

Anne James, in the roles of Goneril and the Earl of Gloucester, played the latter better than the former – the slimy, slithery maliciousness was just not there, but this might have been due to the play’s heavy abridgement. Tika Mu’tamir was an oddly lightweight Cordelia; it was fortunate that Lim knew how to work his facial expressions, because he did most of the heavy lifting during the reunion scene between the two characters. Cordelia’s slow recital of the Hush, Little Baby nursery rhyme while she’s executed is supposed to feel sad, but rings hollow, absent the pathos we’re supposed to feel for her. Regan, played by Hana Nadira, was done well, and it made me think that she’s the perfect character for our appearance-obsessed and histrionic millennial culture – bratty, impulsive, shrill, copy-cat middle child Regan.

Some of the acting inadvertently made the play veer away from the tragic towards the comedic, such as Zul Zamir’s rather overblown performance as Edgar (although, to be fair, I’ve always felt that Edgar’s reaction to his banishment was rather over-the-top), or Goneril and Regan’s speeches to their father. Those speeches were accompanied with trippy background visuals and soundtracks specific to each speech – Regan’s speech was soundtracked by the thumping beat of Billie Eilish’s breakout hit Bad Guy (in case you didn’t realise she’s the bad guy).

The awkward performances made me suspect that adapting theatre for virtual audiences comes at the expense of emotional range, and this was later corroborated by Anne James’s admission, in the Q&A that followed the play, that she missed the stage and that acting for Zoom was “like pulling teeth”. In this production of Lear, the players felt insulated within their own individual bubbles, which indeed they were. That being said, the actors made valiant attempts in maintaining the impression of syncing up and speaking to each other. It’s later revealed in the Q&A that Kien Lee was directing them on where to gesture or point their gazes through a bluetooth earphone in each of their ears.

Kien Lee, as a director, seemed a little self-aware about producing a play on Zoom, and included some technical gags – certain sound and virtual background effects – in an apparent spirit of irony. The final result, while entertaining, diminished the play’s dramatic import. Many of the scenes and some of the lines (“In Shakespeare’s time, they used to send mad people to Bedlam… It’s like Tanjung Rambutan in Perak”) made me laugh, but I checked myself each time, because I wasn’t sure whether the humour was deliberate, and whether the cast members (who, as mentioned, could view the audience’s reactions; I had my webcam on as per instructions) would find my giggling offensive. I was uncertain because the play seemed uncertain: whether it wanted to swerve into the realm of comedy and irony, or whether it wanted to preserve itself as a tragedy.

If the KL Shakespeare Players decide to repeat productions of the play in the future, I can certainly see it gaining traction among young students, especially for its creative experimentation in a digital, low-budget approach to stage-making. But for one already familiar with Shakespeare and therefore less interested in a superficial de-coding of the play and more so in watching how actors will tackle its meat, the cutting up of the play, just like Lear’s cutting up of his own lands, leaves us only with Lear’s shadow.

Online Shakespeare Demystified: King Lear was a Zoom-based theatre production by the Kuala Lumpur Shakespeare Players that ran from May 25–28, 2021. If you missed it, fret not. A new show has been added on June 12 at 8pm. Get your tickets here.

The views and opinions expressed in this article are strictly the author’s own.