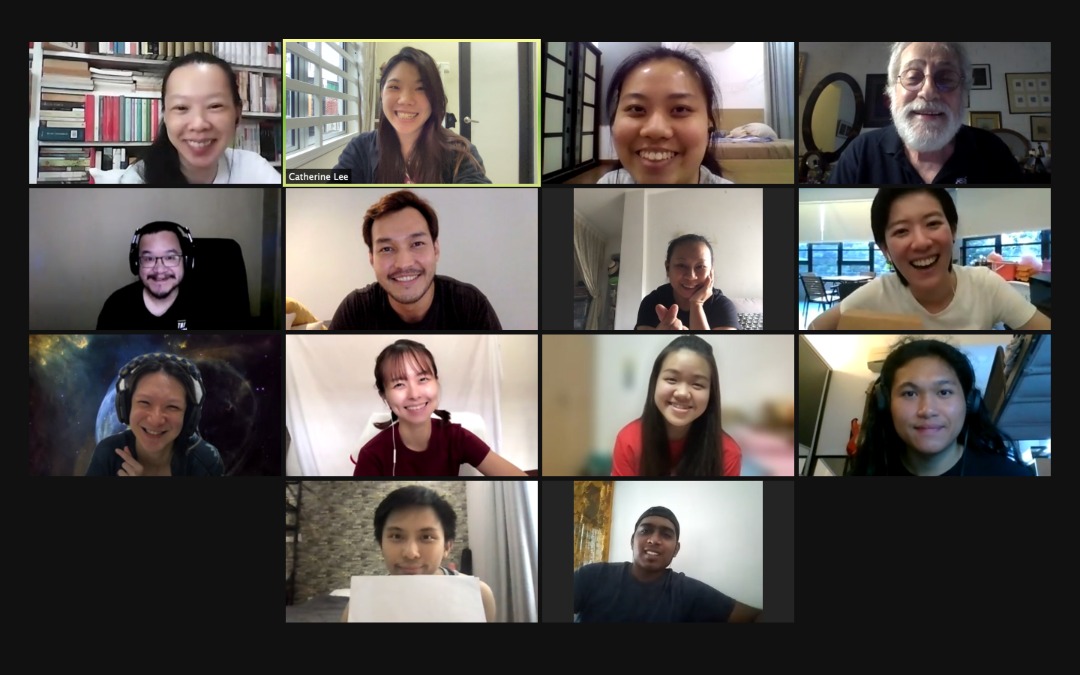 Veteran theatre personality Joe Hasham writes about his many encounters with 'A Streetcar Named Desire'.

I can’t help but think, sometimes, that perhaps I’m a little crazy.

My first encounter with A Streetcar Named Desire, Tennessee Williams’ multi-award-winning play, and later an Academy Award winning film, was in 1969 (yes, 52 years ago) when as a fresh and “nothing can stop me now” NIDA graduate I was contracted to the National Theatre in Perth, West Australia.

As an actor in residence, I was cast in the role of Stanley Kowalski, the part that contributed to Marlon Brando’s meteoric rise to fame. I was 20 years old, and the actor cast to play opposite me in the role of Blanche Dubois was a very beautiful and talented British actress, Irene Inescort. Irene was 51 and I was totally in love with her.

The only downside to this mind-blowing experience was that as a result of my actor training at NIDA, I had become completely engrossed in the teachings of Konstantin Stanislavski. The character of Stanley was very violent and abusive and I, unfortunately, carried these characteristics with me for months after the production was over, such was the influence of Stanislavski on this faithful follower. I continue to be guided by his teachings to this day.

My next encounter with this play was in the early 1990s. Faridah (Merican) produced, and I directed this production by The Actors Studio.

Imagine this: Sukania Venugopal as Blanche Dubois; Ramona Rahman as Stella; Andrew Leci as Stanley Kowalski; and Kurt Crocker as Mitch. All the stars were aligned to ensure a highly successful and unforgettable production of an unforgettable play.

Highly successful? YES! Unforgettable? YES, but unfortunately not always for the right reasons.

The production was sold out long before opening night. How could it not be with such a wonderful line up of actors appearing in what is considered one of the greatest American plays by one of America’s iconic playwrights?

What we did not figure on was the Malay press’ perceived “ownership” of Ramona Rahman who, at the time, was the darling of the Malay film industry.

If you are familiar with A Streetcar Named Desire you would know that the end of Scene 3 is highly charged both physically and mentally. It ends in a most sensuous manner with Stella descending the stairs and wrapping her entire being around her emotionally fraught husband. End of Act 1.

When the house lights came up, we could see one member of press frantically running out of the theatre. She could not wait to write her review condemning Ramona for allowing herself to be carried into bed by a white man. The reviewer had only watched one third of the play, but that was enough to send the powers that be into a wild frenzy. Ramona was, unfortunately, vilified by her once adoring press; and ridiculously, the matter was even brought up in Parliament. Faridah and I were accused of doing this to ensure big attendances. We didn’t need to, as mentioned before, we had sold out long before opening night.

What saddens us both, however, was the fact that Ramona was put in a position of having to defend her actions as a professional actor. Ramona suffered much personal pain as a result of this. Faridah and I have the greatest respect and love for her.

My third encounter with A Streetcar Named Desire was in 2014 when I decided that I wanted to do a dance version of the play.

Everyone thought I had finally lost my marbles. You are f#*#*^@ crazy was the most common expression aimed in my direction! But nothing would deter me.

My idea was to have a classical ballerina playing Blanche. After convincing Faridah that this would work, my next challenge was to find an accomplished ballerina. As hard as we tried, we just couldn’t find the right person in Malaysia. So, the next thing I had to do was, yet again, convince Faridah that we should go to Japan to audition. Much to my surprise she agreed.

So, Faridah, Lex (our choreographer) and I headed off to Tokyo. We were originally only looking for the character of Blanche, but during the audition process we found the ideal Stella. Again I had to sweet talk Faridah, this time with Lex’s help, to bite the bullet and allow us to cast two amazing Japanese dancers: Misako Kato in the role of Blanche and Maya Goshima in the role of Stella. The entire experience was a total blast.

Finally, I am now in rehearsal for my fourth production of this amazing play … in Mandarin!

It is the craziest rehearsal process I’ve ever had the “pleasure” of conducting. We started with physical rehearsals but, unfortunately, we were not able to enjoy that rare delight for very long. After a few face-to-face readings we were forced to go online.

Believe me, trying to rehearse a play as complex and intricate as A Streetcar Named Desire, online, is no walk in the park, not only for the actors, but for me also (see featured picture of an online rehearsal at top of the page).

The idea of an actor having to react to an image on a laptop screen and not being able to eye-ball his/her fellow actors leave much to be desired. The limitations brought about by only, what I call, head acting, make it very difficult to gauge the actor’s body language; also, not being able to react physically and make contact only adds to the frustration.

You may well ask “what is this Lebanese/Australian feller doing directing a play in a language he totally does not understand?”

No doubt, there are many people out there in “theatre-land” who continue to question my sanity. But I think that after almost six decades of being involved in the Performing Arts I probably have earned the right to do things my way, and in doing so I continue to search for that little difference that can make the production a little better. It’s a constant battle; a never-ending search to satisfy my actors and the audience.

At the time of writing I cannot confirm when the play will finally make its way to the stage. That, unfortunately, lies in the lap of the gods.

One thing I know for certain is that we will not be presenting A Streetcar Named Desire “online” before audiences get to see it “live” on stage first. Who knows, it could take years!

Yes, I can’t help but think, sometimes, that perhaps I’m a little crazy.

Joe Hasham is co-founder of The Actors Studio (Malaysia), Performing Arts Centre of Penang and The Kuala Lumpur Performing Arts Centre, together with his wife Faridah Merican. He is also Adjunct Professor, Tutas Conservatory Degree Programme at Taylor’s University. Born in Lebanon and raised in Australia, Joe has made Malaysia his home for three decades, entertaining audiences and tirelessly nurturing generations of actors here.