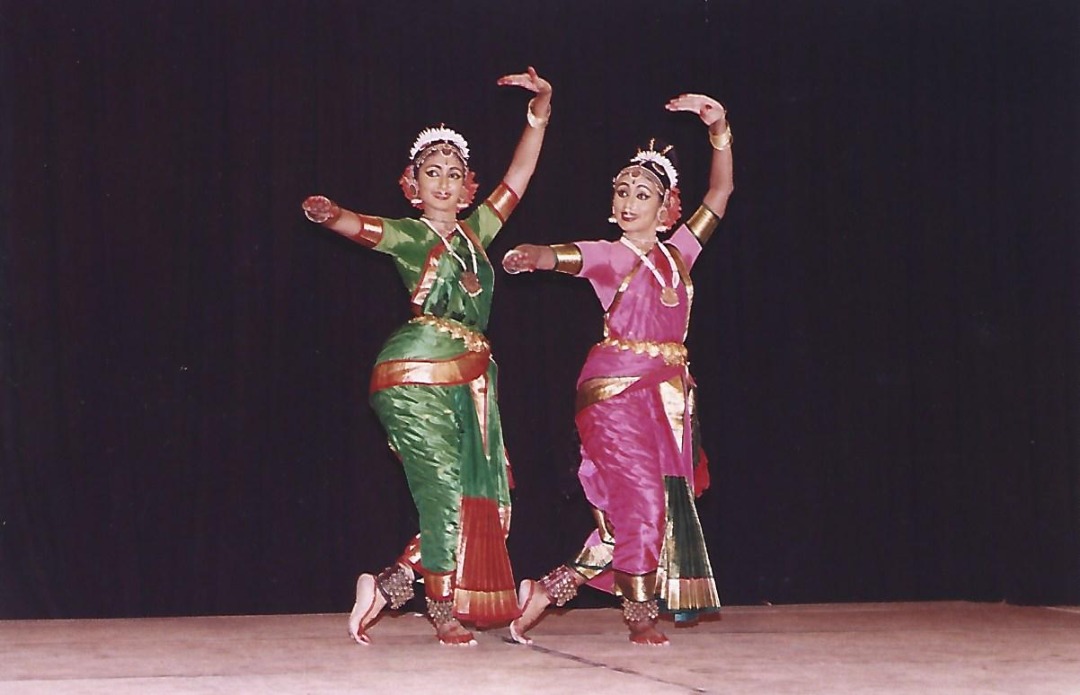 Kasthoori Ramanaidu and her sister Thachayani got their basics in Malaysia, then travelled to India to learn from renowned gurus an ancient dance form called Kuchipudi.

Kuchipudi village – located in the southeastern Indian state of Andhra Pradesh – is the birthplace of a centuries-old dance form with the same name. The dance has been performed since 1502, originally by members of Brahmin families residing in the village. Similar to many other classical Indian dance forms, Kuchipudi evolved as a religious art dating back to the age-old Hindu Sanskrit text Natya Shastra.

In those ancient times, women were not allowed to perform.

During the 20th century, which saw India’s struggle for independence, Kuchipudi, like several other classical dance forms underwent changes. Significant among them  were the entry of women into the form, the widening of its social base so people other than the practicing families were allowed to learn it, and consolidation of teaching methods through institutionalised training.

Thanks to these changes, today, centuries on in Malaysia, the classical dance form is still practiced. This Saturday on Nov 13, CENDANA’s Panggung Rakyat series presents Kuchipudi by the Temple of Fine Arts (TFA).

One of the dancers you’ll see in the episode is Kasthoori Ramanaidu.

“My mother, Narayanamah Subramaniam, first enrolled me and my sister Thachayani at the Temple of Fine Arts, KL to learn Bharatanatyam. We were seven and six. That was in 1982 and my bharatanatyam teacher was Shrimathi Radha Gopal Shetty,” Kasthoori remembers.

Kasthoori began learning Kuchipudi in 1999, and soon after graduating in 2003, she started teaching the dance at TFA.

“Both me and my sister started learning Kuchipudi at the Kuchipudi Art Academy in  Chennai, India. We had our Rangapravesam (graduation) in 2003 before coming back to Malaysia. We were on a scholarship by the Indian Council for Cultural Relations (ICCR), offered by the Indian Government, to learn this art form.

“Our teachers at the Kuchipudi Art Academy  were the Legendary and renowned Guru, the late Padmabushan Dr Vempati Chinna Satyam and his son, the late Guru Kalaratna Vempati Ravi Shankar.”

Kasthoori adds: “I have been dancing this style for over 22 years now, and I have been teaching it since 2004,” says the dance teacher from Puchong, Selangor, who loves the grace that is involved in the dance style. “I love the intricate footwork, fast tempos, expressive eye movements  and because the songs are in my mother tongue, Telugu, I am able to feel and  involve myself in the dance.”

Kuchipudi has gained popularity because of its lilting music, graceful and flowing movements, and vibrant stage presentation. It is characterised, according to Kasthoori, by fast rhythms and fluid movements.

Is it challenging? Kasthoori says: “It was challenging in the beginning when I started learning bharatanatyam all those years ago. I have gone through all ‘the pain and the gain’ in learning dance. Also, going to India and adapting to the lifestyle there was a challenge for me, but learning the art form was much easier as  I already had dancing and performing experience in bharatanatyam, Odissi and folk.”

As far as Kasthoori knows, she and her sister Thachayani are the only professionally trained and certified practitioners in Malaysia. “We are the only ones who learnt directly from such a legendary Guru. And here there are very few dancers.”

In the Panggung Rakyat episode on Saturday, viewers will be treated to two performances, titled Gajavadana Beduve and Tarangam (Bala Gopala), by the dancing sisters as well as their apprentices, Kavithaarshana Rajendran and Tarakeshwary Raguraman. The artistic director for the performances is Swathi Sivadas.

The first performance is danced to a song by Haridasa philosopher and poet Purandara Dasa. In this piece, the dancer asks for blessings from Lord Ganesha. The second item is the Tarangam.

“A unique aspect of this dance is that it is executed on a brass plate; the dancer moves the plate to the accompaniment of the Carnatic music being played (Neelamegha Sareera). With the feet kept on the rim of the brass plate, she balances herself and at the same time does some hand movements,” explains Kashtoori.

Catch the Kuchipudi Sisters in the sixth episode of Panggung Rakyat on Nov 13 at 8.30 pm on CENDANAMalaysia’ Facebook. This episode will also feature a special performance by DBKL Cultural Artists & Cultural Combo and a special appearance by Rojer Kajol.