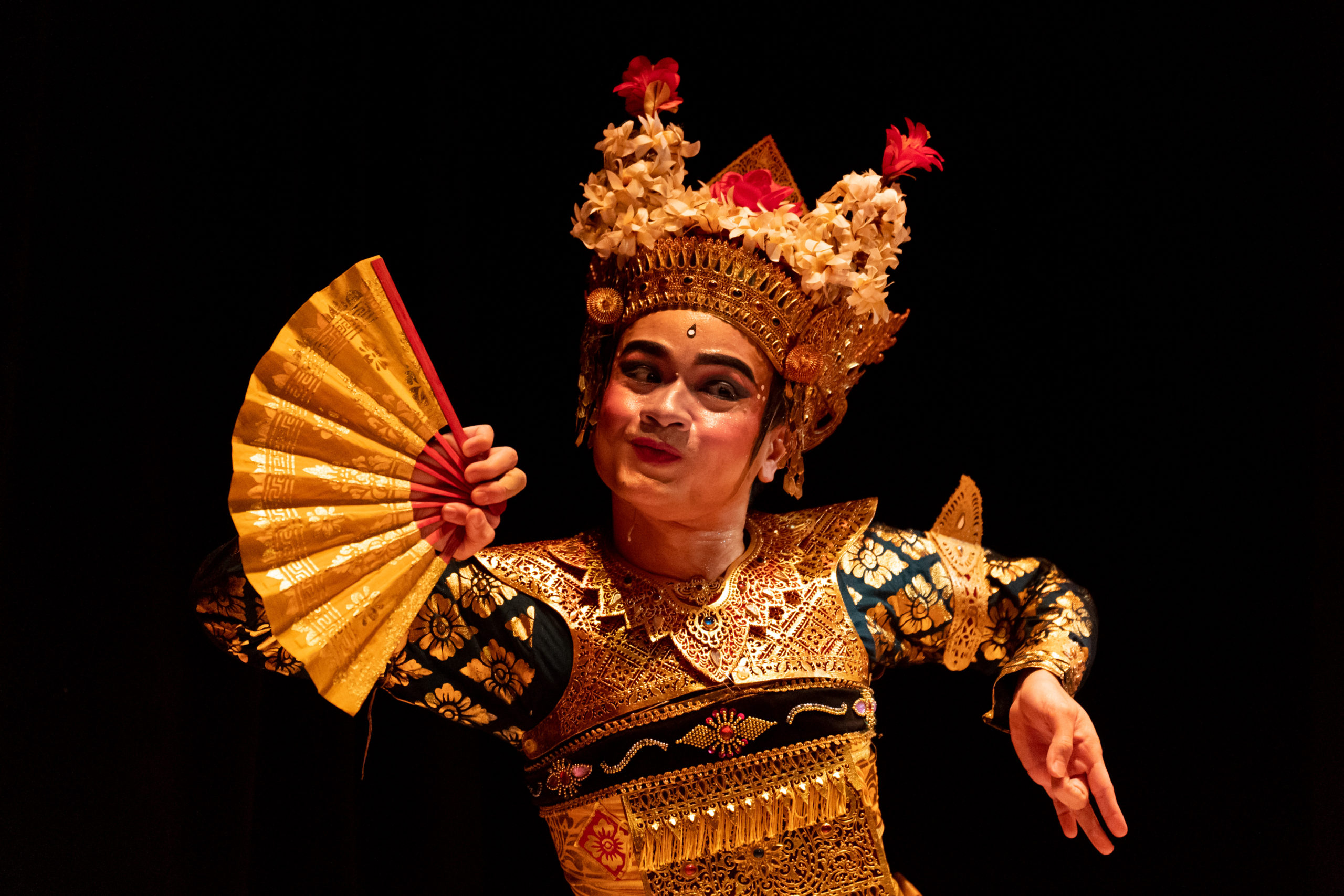 I didn’t know someone’s eyes could captivate me so much. But sitting in the audience during The Actors Studio Seni Teater Rakyat’s pragina: EMOSI at the Kuala Lumpur Performing Arts Centre, I couldn’t look away.

And frankly, part of me was trying to look away. I had heard sayings that in some traditional dances you weren’t meant to look into a dancer’s eyes when they were performing because they could hypnotise you.

But that night, I was captivated by the performers Emi and Zhafir Muzani’s eyes. Malaysian-based dancer Emi grew up in Indonesia and spent her life mastering Balinese dance from the age of four. Zhafir, The Actors Studio’s Choreographer/Dancer in-Residence, also known as travelled to Indonesia to learn the traditional dance amongst other Javanese dances.

When they danced the centuries-old dance that night, their eyes were wide and full of life and emotion, alerting us how they were feeling. In this technical dance, the dancers’ pupils would dart left to right whilst their fingers, hands and heads made different gestures all in sync to the music.

It was almost as if Emi and Zhafir’s bodies were fragmented, as each section of their body was doing their own thing. Fingers would point one way, whilst wrists would roll in another direction. Simultaneously, each dancer’s head would move in a different style and tempo from the rest of the body.

The ability to control one’s body in such a dynamic fashion, isolating limbs whilst ensuring they followed the melody of the music was impressive.

It’s no wonder why Zhafir found learning the dance in Indonesia quite intense. “Was this a dance class or a military exercise?” he joked about the classes when we met after a performance last weekend.

pragina: EMOSI was a night of Balinese and contemporary dance, which included a musical performance. Balinese dance is recognised by the United Nations Educational, Scientific and Cultural Organization (UNESCO) as an intangible heritage, used for telling stories often sacred, and on other occasions, performed as entertainment. In some places, it is believed that when dancers are performing they are possessed by spirits and placed in a trance.

“One thing I love about Balinese dance and Balinese art and culture is that everything is full of symbolism and philosophy,”  Zhafir, who doubled up as director of the production, shared enthusiastically.

The stage was littered with Bali’s signature flower, the frangipani, and the evening opened with Emi’s Puspa Mekar, a traditional Balinese dance in which offerings are made to purify the theatre as a prelude to other dances. When Emi, adorned in a striking golden traditional Balinese dance costume, performed this dance, she managed to make the audience feel like it was a performance for one with her intense and direct eye contact.

Following the welcome dance, Zhafir performed Kebyar Duduk, which was first performed in 1925. The interpretative dance consists of unique seated and half-seated positions.

Though he made the routine look seamless, Zhafir revealed that he had to endure painful feet and bloodied fingers because of the intense form and posture required to perform this dance. The intensity of his facial expressions made the audience visualise clouds hanging above him when he acted gravely, and you could almost feel the room lighten up when he acted playfully.

Despite the solo piece having no set story, as stated in the running presentation throughout the show, Zhafir managed to serve us a platter of emotions and possibilities through his movements, inviting us to ponder what he was trying to tell us.

Up next was contemporary dancer Ealbie with EMOSI: 2020, which was a commentary on how the pandemic has put us all on an emotional rollercoaster.

He first danced in silence, the fluidity of his body making us visualise he was being trapped in a suffocating container. I couldn’t help but think about the lockdown when he did this, and how it had impacted us Malaysians. I also admired how he managed to convey such strong emotions without any music. A dancer dancing without music? I had never seen this before.

The following act featured musician MK Ridzuan, who is part of the band Sekumpulan Orang Gila or SOG. He walked on stage, and sat down cross legged, inviting us to close our eyes and reflect on our past life whilst he played ROH on his flute. It was a piece that had a power to invoke deep emotions in the audience.

However, what is astounding is that the piece was improvised. For each night of pragina: EMOSI, MK meditated before walking on stage and played whatever he was inspired to, making each performance unique. He said: “You could call it a message from the universe that flows through me to the audience.”

The show ended with Emi and Zhafir in the classical duet, Lengong Kraton, a refined dance known for its intricate finger movements, complicated footwork and expressive facial expressions. It was a fulfilling end to the performance as the audience was able to witness a certain chemistry between the dancers, so in tune with each other as well as the music.

The build up to pragina: EMOSI, for those who don’t know, was complicated to say the least, filled with twists, turns and hardships of the pandemic. “Literally blood and tears,” Zhafir revealed.

The show originally was meant to be staged in August 2020, but had been postponed for over a year. Zhafir is thankful for all those from klpac, The Actors Studio Seni Teater and his Balinese dance teacher Ibu Kade who encouraged him to persevere.

“Each time we did a curtain call, I wanted to cry,” Zhafir said, because this perseverance had finally paid off.

A big bravo to those involved. Pragina: EMOSI was truly an enthralling success.