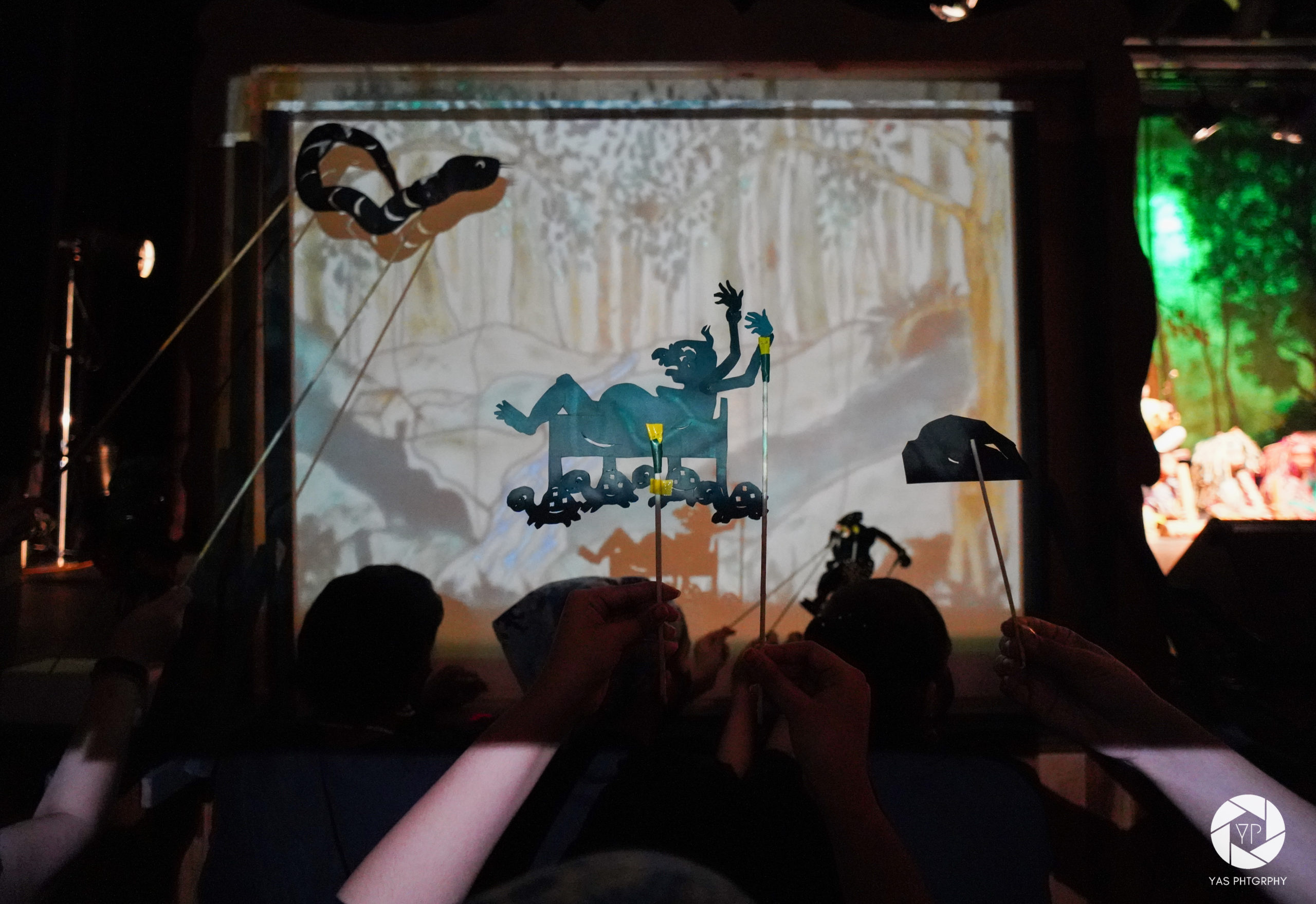 Not really a fan of puppets, the writer decided to give puppets another go and came out pleasantly surprised.

Honestly, when I heard about Asli – Resonance in Our Roots (RIOR), a digital performance of storytelling through puppetry and music, I wasn’t too sure what to expect.

I’ve been to puppet shows before. Puppets created with shadows, puppets that perch on performers hands, and ones that are controlled with strings strapped on their limbs. I wasn’t able to connect to the pieces I watched in the past. The puppets’ stiff bodies and limited movements made it hard to understand what was going on, and I would often get distracted wondering who the human was behind the puppet.

But after going through two years of actively trying to understand my Malaysian culture better, I like how Asli – RIOR aimed to connect children with Malaysia’s indigenous culture and folkloric heritage.

What was even more encouraging about this project, presented by Kalpana Paranjothy in collaboration with The Temples of Fine Arts in early December, is that proceeds of the show would go towards helping the Orang Asli community.

Shaking off my past disappointing puppet experiences, I decided to give it a go.

The live premier was happening early December at the Temple of Fine Arts, a digital show accompanied by live music from a Semai troupe from Gombak, led by  Sali Bah Bap. Instead, I caught one of the showings broadcasted on YouTube. And I was enraptured through that almost hour-long show.

From the moment it started, my attention was captured by the musicians. Asli – RIOR started with a soulful song named Bangkit, performed by the Tokoh Seniman Negara, Tok Sali. The tune, which is a call for blessings of nature, was followed by a solitary beat from the percussion and rebab player Mohd Hisharudy.

When the percussionist switched to thumping a cajon, that’s when the magic happened. The traditional string instruments came to life, the Indian sitar, Chinese erhu and Western violin, weaving a melody around the beat. Watching them vibe to the stage’s energy and grinning at each other as if they knew a secret they were keeping from us, I was drawn in.

Then Riki the Flying Fox, the star of the show, popped up as a charming puppet to welcome us. Later on, the puppet Riki would switch to live actor Mathan Rajasingam, narrating the show.

Mathan was another highlight of the showing. Acting alongside the puppets, he truly embraced his role on stage. His mouth would fall into an open smile when he was amazed with the puppet’s stories. He would shake his head in awe and close his eyes with pleasure when listening to them sing.

I did so love the scene in which he flirted with a puppet of an orchid, smiling bashfully to the ground and daring to hold her hand. Such detail in his reactions helped puppets come to life, making me forget there was a human behind each one.

Mathan’s voice narrating the folk stories also pulled us in. His ability to create suspense and a multitude of characters was impressive. I’m sure Mathan’s storytelling would be able to capture the attention of children, the target audience of the performance.

However, what made Asli – RIOR extra special was how the show celebrated Malaysia’s diversity, and how it strove to educate the audience about conserving Malaysia’s heritage and environment in such an entertaining way.

The performance was a salute to the diversity of Malaysian culture. It had, after all, orchestrated musicians from different ethnic backgrounds, in various traiditional costumes, to play traditional instruments such as the sitar and erhu.

The script, written by environmental journalist and conservation communicator Nadiah Rosli, explored five tales from different parts of Malaysian culture. Each story was accompanied by a diverse range of puppets, created by Deepa Rajendra.

In a shadow puppet performance made from hands, we learned about why the Chinese zodiacs are aligned the way they are in the calendar from the “The Great Race” story, a tale about animals racing across the river.

Through wayang kulit puppetry, the legend of the seven sea princesses “Ulek Mayang” was told. We learned about the folk song and dance that is a healing ritual for Terengganu fishermen who fall ill at sea.

In a stringed marionette performance, where in the introduction the movement of the animal puppet could come across as a little hard to understand, an Indian tale “The Snakes Hiss”  was recounted. It shared a message to not harm those around you when protecting oneself.

Each story was drawn from different parts of Malaysian heritage, and ended with a note of encouragement for environmental conservation. We were reminded to protect our wetlands, rainforests and oceans, and why each biodiversity is important to the Earth. And because everything in nature is interconnected – a message that rang throughout the performance – the performance reminded us to not blame each other, and to depend on each other to survive and thrive.

After each act ended, the performers would echo that if our land and people disappear, “our stories would disappear” too. It’s why Riki asked us to help him share the stories and messages of conservation.

It’s a shame that the visuals of Asli – RIOR  were only presented digitally. Sitting through it all, I wished I was in the room to feel the energy of the musicians whilst the puppets sang and danced. I wished I had an audience around me to laugh when Riki flirted with the orchid. Watching it live would have been a memorable experience.

All said, Asli – The Resonance of our Roots was an intricate performance, drawing on so many histories, cultures, instruments, messages and puppetry styles all in hopes to protect and preserve Malaysia’s biodiversity and heritage. The ability to bring so much diversity to create a harmonious art piece was wonderful, making it a show that connected us back to our land, people and our own identities.