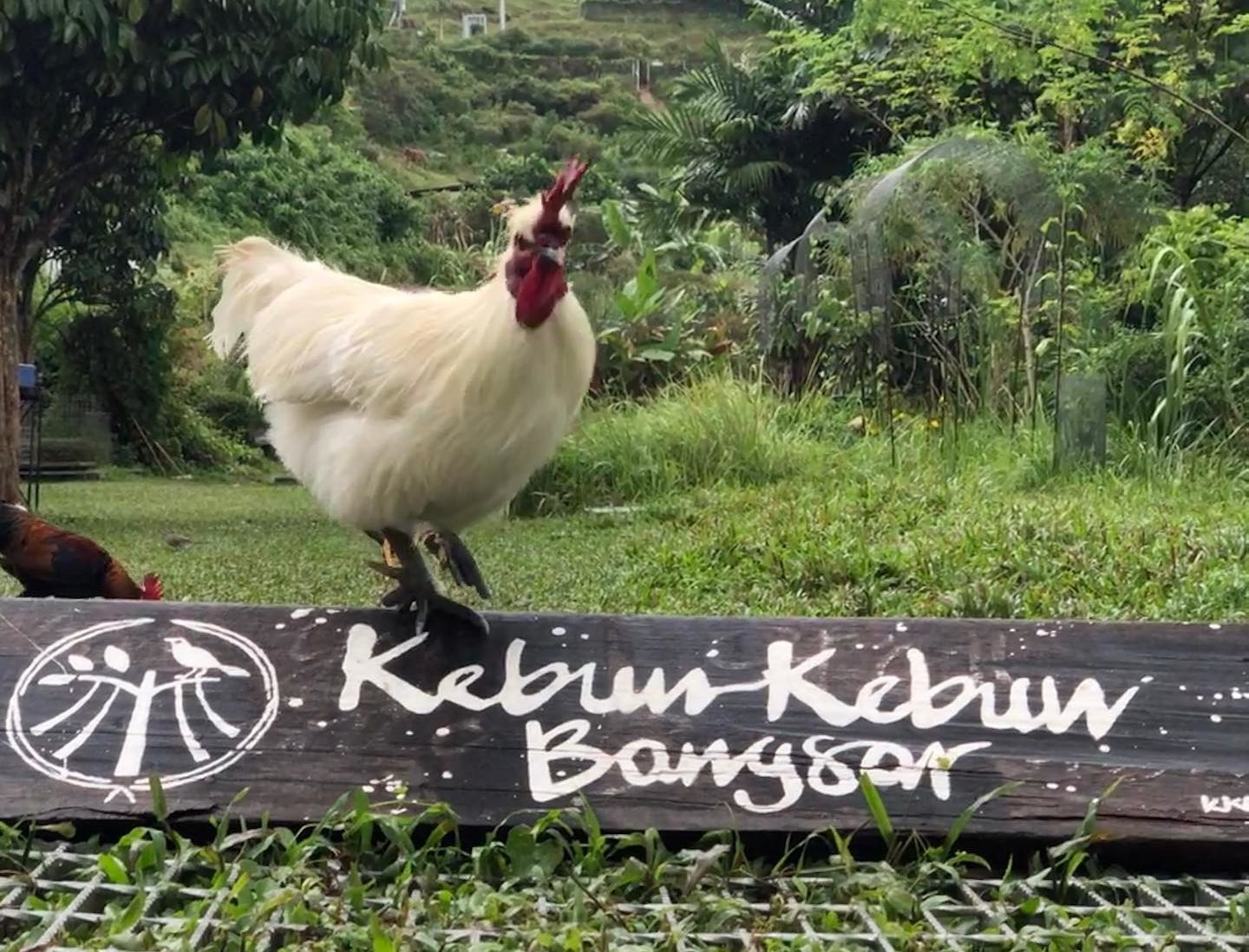 Landscape architect/theatre practitioner/activist Ng Seksan talks about some beautiful spaces in our neck of the woods.

Among the many things the pandemic has taught us over the past year is that we need to better understand and respect Mother Earth, and not take our planet and its gifts for granted.

For World Environment Day on June 5, we reached out to theatre practitioner and activist Ng Seksan, who has worked closely with Five Arts Centre during his career and is the architect behind the community farm Kebun Kebun Bangsar (KKB) in KL, about how we can commune with nature.

While the MCO has restricted our social interactions and limited the number of visitors to KKB, it doesn’t mean the environment hasn’t also benefited from the lack of human interference. In fact, on a global scale we can already see how nature has been allowed to reclaim many of its spaces, as plants and animals use this time to recover from human exploitation. It has also inspired lots of people to take a second look at their gardens and appreciate the joy of being outdoors.

Seksan said the idea for KKB was born during the 2013 General Election. “There was a group of us running a month-long campaign called ‘The Malaysian Spring’ during which we planted flowers in public roundabouts and road reserves. After we got several thousand Malaysians involved, we wanted to plant that same seed of hope in Kebun Kebun.”

They set their sights on a piece of hillside plot along Lorong Bukit Pantai in KL and went about the arduous task of getting permission to convert the ground into an urban farm. “We went to TNB to apply for a permit, they said this land doesn’t belong to them. Then we went to DBKL, to the land office… and after four years, we finally got the green light to start this project,” he said.

The first thing they did was to cultivate vegetables to feed the underprivileged, the homeless, the orphans, the folks who live in low-cost flats and other needy residents of KL, he added. “When we plant vegetables, we don’t use pesticides. But when you look at the produce, there’s very little insect attack on it. It’s all about respecting ecology and the environment.”

The next chapter of the farm was to educate kids on how to grow their own food, and KKB includes a paddy area to demonstrate it is planted. “But we don’t actually harvest the rice because we want to leave it for the birds,” he pointed out. There’s also a spot where people can dump their organic waste which is converted in compost. “To them it’s rubbish but to us it is fertiliser,” said Seksan. KKB’s plantation also benefits from the dung produced by its three cows, and volunteers at the farm are given jars of natural honey produced through a hive of stingless bees.

According to Seksan, a lot of KKB’s visitors are either disabled in some way or in wheelchairs. And living in a concrete jungle like KL, it is fascinating for them to observe even simple things like insects pollinating the plants. Children, he said, are especially fond of feeding the fowls, goats and fish, which is one of the ways the farm generates a modest income to keep things running.

“The goal of this farm is to inspire people to collectively make changes,” he said, “and even now there are at least another 10 farms like this being set up. It’s a movement that will hopefully permeate the country. It’s about building a community that is environmentally sensitive.”

Meanwhile, Seksan also recommended three other places that people should go to once we are allowed to move about freely again. “These are all privately initiated to help rejuvenate certain parts of our cities using old and forgotten buildings with history and character,” he said.

KongsiKL
Located at Old Klang Road, KongsiKL shares a compound with several other warehouses at Gudang Yee Seng 2. The space was a steel factory for over a decade before it was rebuilt in 2017 as an experimental space to cultivate creative and cultural events. The structure and textures of the warehouse remain untouched, including the high ceiling with saw-tooth roof, concrete floor and old statements on the wall. “Kongsi” embraces the spirit of “sharing” (in Bahasa Malaysia) and “collaboration” (in Chinese), so it’s no surprise that the space is used for developing social and community projects including performances, exhibitions, screenings, workshops, sports and even an arts market.

RexKL
The Rex building on Jalan Sultan was originally built in 1947 by architect James Robert Vethavanam. In 1976, it was redesigned as a cinema by Shaw Brothers. In 2002, it was converted again to become a backpacker’s hostel. Now it has now been given another lease of life by Malaysian architect Shin Tseng and repurposed as a space for events, theatre, exhibitions, performances, screenings, research, workshops, retail and food. The initiative goes beyond producing just another arts venue. According to its designers and operators, it’s about building a hub for like-minded people to come together to create different forms of art and entrepreneurship.

Sekeping Kong Heng
Located in Ipoh, Perak, Sekeping Kong Heng is the another addition to the Sekeping retreats family. Located in a three-storey neo-classical building from the 1950s, it houses a coffeeshop that serves among the best local dishes in town. Every effort was made to preserve the original character of the building, while adding an extension around the back for anyone who wants to stay there.