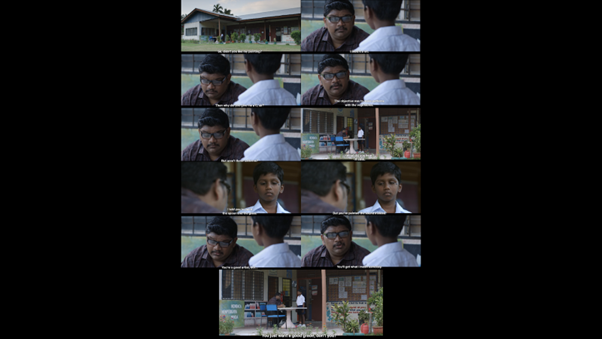 'Jagat' is an underrated Malaysian film that subtly explores the circumstances and people that shape a young boy's life.

Jagat is a criminally unseen movie by the large populace that is probably one of the best Malaysian movies I’ve seen since 2010. Directed by Shanjhey Kumar Perumal, it centres around a young boy, Appoy, the circumstances that shape his upbringing and the factors that draw young boys like him into a life of crime. What separates this movie apart from the rest is that it has that magic factor of great acting, beautiful shots and a tight script with a director who knows how to weave these things together to make a movie that works. If you purport to love cinema and have not seen this, you are doing yourself a grave disservice.

The movie begins as it shows, not tells, you about the world in which our main protagonist Appoy lives. It’s a humbler, grittier side of the Malaysian towns that I feel is rarely, if ever, captured in the wider scope of the local media. Like any good free-spirited kid, he struggles to pay attention in school and would prefer to do more artistic things, even if it comes with the chastisement from his teachers and father. Misunderstood and discouraged from following this path, he finds solace in his uncle, who veers on the criminal side, and it is ironically his uncle who understands him most, having lived on the other side of rules and authority.

Here is where I compliment the director Shanjhey for delivering and mixing what looks like a humble budget for cinematography and making it engaging on the level of In The Mood for Love by Wong Kar Wai. There is a motivation behind every camera shot and movement which mimics the raw style of Christopher Doyle’s shots which I found to create a curious juxtaposition. In both movies, the visuals are not exactly anything particularly intriguing, but how they make use of little is something of note.

It’s both a character study and critique of the struggles that the lower socioeconomic groups in Malaysia, and while there’s little to spoil in terms of “oh wow what a twist” moments, to go deeper into the overall plot would take away from what I believe is one of Malaysia’s finest examples of visual storytelling. It’s not a movie about a world-ending deus ex machina, nor is it some grandiose street battle for the title of drug kingpin. It’s simply about a boy growing up in the Malaysia he knows.

What was extremely refreshing to me is that the film does little to hold your hand or baby you through the scenes; what you see is what you get. It presents you with characters and the circumstances within which they are forced to act or not act. This of course is nothing new, but too many movies have the characters deliver endless lines of exposition to explain how they think and feel. Here, they just do, and with the audience understanding of the cultural aspects, most importantly you understand why they act the way they do.

The home run is that these circumstances are extremely relatable since pretty much most Malaysians will have seen or been in circumstances like this one regardless of culture or language. After all, it doesn’t take long (or much) for anyone to be in a situation where the most rational words you hear are “relek, relek, relek”.

The work takes a character which most people associate with innocence and challenges the character with very real circumstances. For Appoy, it’s being surrounded by people who see no value in or inclination towards artistic expression. What’s worse, when challenging figures of authority like his teacher, he’s not simply rebuked but punished, reinforcing that he must do as he is told.

Thus, when the character of the uncle (Mexico) comes to save him when no one else will, it is only natural that he latches on to someone who has shown him kindness. The fact that Mexico is a gangster is almost secondary when it comes to the circumstances, and what struck me as interesting was that the movie takes its time to lay that out. There is no glorification of being a gangster, no one scene where they are balling at the club or driving expensive cars. There’s even a scene where the uncle and his friend guess at the value of a gangster’s watch, and it’s just an old knockoff. It’s simply a reality that these are men who know no other life, only to be taken hold by other men of power and opportunity.

One of the most brilliant parts of the movie is Appoy’s shifting inspirations; contrasting his desire to dress as Michael Jackson before and moving on towards emulating his powerful saviour. There’s no scene where the uncle gives some long rambling speech nor elaborate scenes of gratuitous violence. It’s simply a raw outlook as the figures kids choose to look up to for being a more positive influence on their lives.

If there ever was a movie that is great yet remains unwatched by many, it has to be Jagat. Humbly shot and produced but with a giant heart on its sleeve, Jagat will truly change people’s expectations of Malaysian movies.