WHAT happens to an artwork once it’s been exhibited? What happens to most things once they’ve run their course? Sometimes, they get destroyed. Mostly, they’re put into storage. For some of the world’s most prized works of art, they go into free ports: storage spaces outside the purview of customs law and taxation, where the 1% of the world keep their assets. In Dhavinder Singh’s Tagistan (“Tagi” being loosely translated as “storage” and “—stan” being a common suffix denoting land), the artist creates another kind of storage, for another kind of art. It is a safe space but not a sterile one, where the objects are valued not by their price, but by the memories that time has imbued in them.

The exhibition is set in the downstairs space of the new extension to The Zhongshan Building arts hub, but the real place, the place in Singh’s heart, is Jalan Chan Sow Lin, where he grew up. The assemblages are an admixture of familial heirlooms with their own private significance for the artist, and found objects mined from around Chan Sow Lin. For the Building’s extension, it is the perfect opening – a gentle easing in with minimal fanfare and no flashy objects. Within an old building that has become new, it is apt for its inauguration to be an exhibition of “found” objects that have been salvaged from the dereliction they were previously languishing in, and given new and original purpose as artworks.

The assemblages are memento mori – reminders of the inevitability of death, or, in this case, of rust and decay.

In this storage space’s inventory are tender scenes of domestic life shot through with an edge of brutal industrialism, such as the hollow twin bed frame with a metallic “pillow” made of rusted springs. Next to it is a chair – for someone to watch over you while you sleep – constructed of uneven, mismatched materials nailed together. On the left of the bed frame, there is a tin cup – for water, in case you get thirsty – full of rusted knicknacks. A bright lamp hung low over the scene hijacks its childhood charm and gives it the impression of being a workstation.

The rest of the exhibition is like this – an approximation of a home, built out of whatever desperate scraps could be salvaged by the wayside. There is a wok set above a “stove” (really just a concrete slab) filled with rusted barbed wires, a dried-up fig, and some coins. A window that opens into the wall. A folded suit hanging, with a small flower in its lapel, waiting. A medicine cabinet with only a sack of powder and a stray photograph of a goat taped inside. Tagistan is a ware-house for an alien inhabitant like Pixar’s Wall-E, who’s trying to carve out its niche amongst human society but who only has our collective industrial wastage to build on.

Curated by Azzad Diah, the exhibition’s wall text mentions that Singh himself grew up amidst warehouses and factories, so it’s fitting that his own exhibition, his own approximation of a home, has so much of a warehouse feel. Now, however, many of these warehouses and factories are abandoned and in various stages of disregard; the industries of old soon to be replaced with newer ones. Now, Chan Sow Lin is considered a prime piece of real estate to invest in and there are plans to develop it as part of the RM140bil Bandar Malaysia project, partially financed by 1Malaysia Development Berhad fund, to attract foreign investors.

The backdrop of irrevocable development lends the exhibition an air of poignancy; the people don’t have much say in the direction of their country, so they make art. In this regard, the exhibition has a conceptual resonance to Taman Kenangan by Izat Arif, a contemporary of Singh’s, which was presented at ILHAM Gallery last November. Izat’s installation presented blueprints and models for the creation of a conceptual “memory park”, satirising the bureaucratisation of memory and desire like so many new developments in Malaysia which claim to benefit the nation. In Taman Kenangan, the impact and purport of urban development projects are hollowed-out, and the real playground of memory is just an empty construction site full of sand and dirty tarpaulin.

Singh’s project seems like a similar critique of the modern city wherein genuine emotions and fond childhood memories do not last for too long before the effect of incessant development shrivels them up into rust, into dust. Through the poetic arrangements of his assemblages, he evokes precarious, long-lost feelings of tenderness and naivety, while his use of the found object renews a sense of spontaneity. He restores a certain honour upon this urban detritus, making it purposeful again. These objects age too, just like people. New technologies lose relevance, too, at a rate that increases daily. In the end, Tagistan doesn’t seem like too bad a final resting place.

Tagistan, a solo exhibition by Dhavinder Singh, ran from Oct 1 to Nov 15, 2020 at the new wing of the Zhongshan Building in Kampung Attap, Kuala Lumpur. 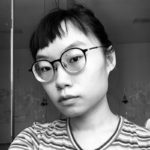